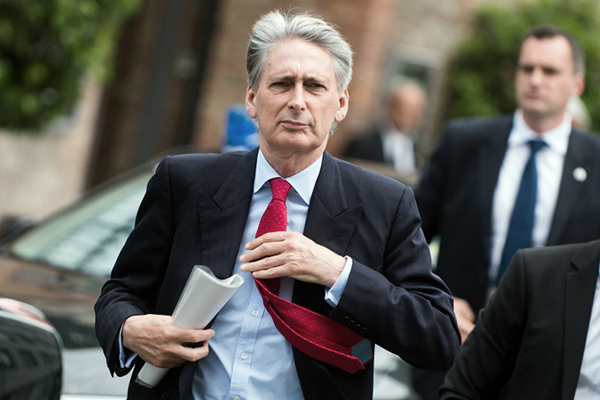 Accord deadline is likely to be missed by a few days.

No nuclear deal between Iran and world powers is better than a “bad deal,” Britain’s foreign minister said Sunday as he arrived for talks just days before a deadline for an accord.

“We still have very big challenges if we are going to be able to get this deal done,” Philip Hammond told reporters in Vienna. “I have said many times before and I will say it again today, no deal is better than a bad deal. There are red lines that we cannot cross and some very difficult decisions and tough choices are going to have to be made by all of us.”

Hammond was due to join U.S. Secretary of State John Kerry, Iranian Foreign Minister Mohammad Javad Zarif and their French, German and EU counterparts aiming to finalize a historic accord by Tuesday. China and Russia, the other two countries in the six-country group, were represented by deputy foreign ministers.

Officials on both sides have said that the deadline may be missed, but only by a few days.

According to a framework deal agreed in April, Iran will sharply reduce its nuclear program in scale and submit to tighter U.N. inspections in order to make any drive to make an atomic bomb virtually impossible. In return Iran, which denies seeking the bomb, will see painful sanctions lifted. Tough remaining issues include the timing and pace of the sanctions relief and U.N. access to Iranian military bases.