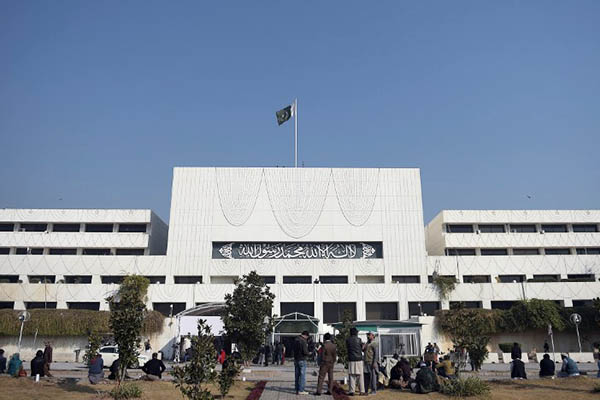 Led by the PPP, opposition parties demand the government take no decision without consultation with all stakeholders.

Pakistan’s main opposition parties on Wednesday called on the prime minister to convene an all-party conference and refrain from making a unilateral decision on joining the Saudi-led coalition fighting Houthi rebels in Yemen.

The call came as the parties met at the residence of former president Asif Zardari, also the head of the Pakistan Peoples Party (PPP), to discuss the situation.

Pakistan is a longstanding ally of Saudi Arabia with close military ties but it has not yet committed to the operation, which has drawn strong criticism from its neighbor Iran, the major Shia Muslim power. A high-level Pakistani delegation including Defense Minister Khawaja Asif visited the Gulf kingdom for talks with the top Saudi leadership.

Like Saudi, Pakistan has a majority Sunni Muslim population, but around 20 percent of its citizens are Shia, the world’s second-largest such population after Iran.

“The meeting expressed the firm belief that the centrality of Saudi Arabia was pivotal for the Muslims of the world and that our response should reflect this belief,” a joint communiqué issued after the meeting said. But the parties demanded the government only make a decision after hearing other voices on the matter.

“The meeting demanded of the government to immediately convene all parties conference and joint session of the parliament to take the nation into confidence and to propose a way forward,” said the communiqué read out by Sherry Rehman, a former ambassador to the U.S. and current vice president of the PPP.

The heads of all the major political parties attended the meeting, which also advised Prime Minster Nawaz Sharif to refrain from taking any decision on his own. “The gravity of the issue demanded that no individual should take any unilateral decision without a broad based discussion and consultation with all political parties and stakeholders,” the communiqué said.

Islamabad says it will defend Saudi “territorial integrity” but insists no troops or equipment have been sent yet and maintains Pakistan will not take part in any conflict that divides the Muslim world along sectarian lines.