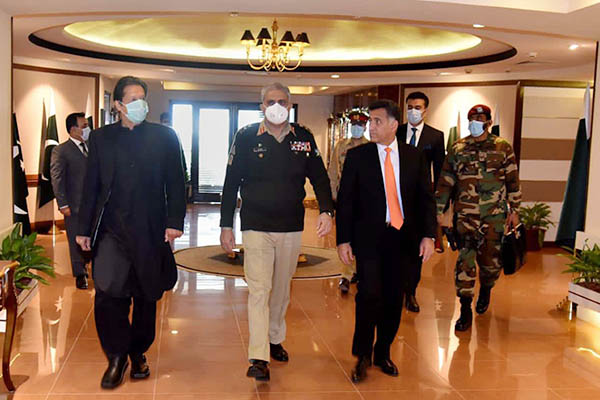 During visit to ISI headquarters, the premier and other military and civilian leaders were briefed on regional, national security situation

Prime Minister Imran Khan on Sunday visited the headquarters of the Inter-Services Intelligence (ISI) in Rawalpindi, where he was briefed on the regional and national security situation, and appreciated the organization’s tireless efforts.

“A comprehensive briefing was given to the national and military leadership on the regional and national security situation,” read the statement. It said that the prime minister had appreciated the tireless efforts of the ISI for national security, and expressed his satisfaction over the force’s professional preparedness.

The visit comes within days of Khan approving the establishment of a National Intelligence Coordination Committee, comprising all the intelligence agencies of Pakistan, under the leadership of the ISI chief. It also came less than a month after Pakistan issued a dossier providing ‘irrefutable’ evidence of India fomenting and funding terrorism in the country, with Foreign Minister Shah Mehmood Qureshi urging the international community to act on its revelations and demand India halt its state-sponsored terrorism.