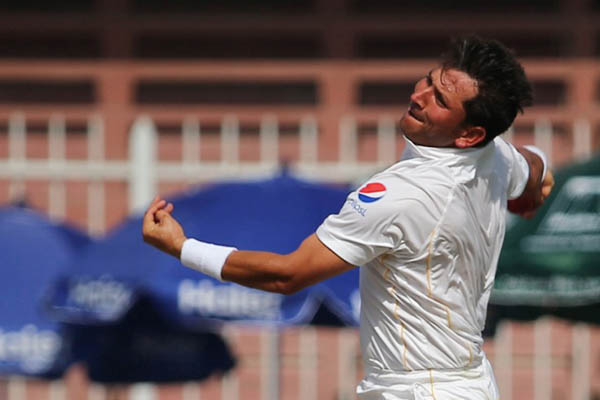 The 31-year-old has been team’s leading wicket-taker since making his debut in 2014, with a tally of 149 scalps in 26 Tests. Shah’s 24 wickets in three Tests helped Pakistan beat Sri Lanka away in 2015 but the stocky spinner has struggled for fitness in the past few months.

Chief selector Inzamam-ul-Haq said Shah was told in clear terms that he would not be selected if he didn’t pass the final fitness test. “Yasir has been our main bowler for the way he has taken wickets consistently, but he needed to maintain a fitness standard and was told he had to pass the test and he did to get a place in the squad,” said Inzamam while announcing the squad.

The first Test starts in Abu Dhabi from Thursday. The second Test—a day-night affair—will be played in Dubai from Oct. 6. The two teams will also play five one-day internationals and three Twenty20s, the last of which will be in Lahore on Oct. 29—subject to security clearance.

The series will be Pakistan’s first without stalwarts Younis Khan and former skipper Misbah-ul-Haq, who both retired following the team’s last series in the West Indies in May.

Sarfraz Ahmed, already leading Pakistan in one-day and Twenty20 internationals, will lead the Test side for the first time, with youngsters Usman Salahuddin and Babar Azam likely to fill in for the two greats.

“I am sure youngsters will try their best to fill the places left by Misbah and Younis and do their best,” said Inzamam.

The squad has five fast bowlers and three spinners.

The 31-year-old spinner Bilal Asif has not played a Test but has featured in three one-day internationals in the past.