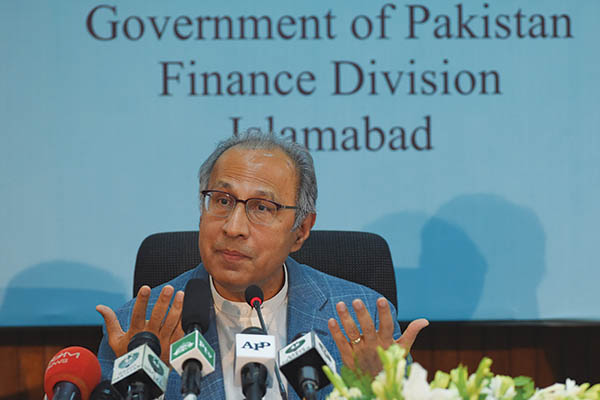 Adviser to the P.M. on finance says country has made considerable progress to address requirements of global watchdog

Pakistan is a responsible member of the international community, and is committed to ensuring it achieves full compliance with the requirements of the Financial Action Task Force so it can be ‘whitelisted’ once more, Adviser to the P.M. on Finance Abdul Hafeez Shaikh said on Friday.

Delivering the keynote speech to a high-level panel on International Financial Accountability, Transparency and Integrity via video-link, Shaikh said Pakistan had already addressed 14 of 27 FATF Action Plan items, adding progress had been made in addressing the remainder.

According to a press release issued by the finance ministry, the panel discussed overall steps taken by member states to implement comprehensive international frameworks related to financial accountability, transparency and integrity that were critical to financing the Sustainable Development Goals.

In his speech, Shaikh said Pakistan had made considerable progress to address the requirements of the Mutual Evaluation Report, including 15 legal amendments to meet technical compliance; an update of National Risk Assessment on money-laundering/counter-terrorist financing; implementation of Anti-Money Laundering/Combating Financial Terrorism measures; and broadening the sanction regime, among others.

He said Pakistan, in recent years, had worked to contain illicit financial flows by strengthening its regulations on Customer Due Diligence and Know Your Customer and similar instructions to financial institutions in line with FATF standards.

The finance adviser said Pakistan’s Anti-Money-Laundering Act had also been amended to include tax offenses as predicate offenses. He said violations of Section 4(1) (unauthorized FX business) and Section 5 (illegal transfers) of Foreign Exchange Regulation Act (FERA), 1947, had also been incorporated into the schedule of the Act in terms of which of those offenses was liable for punishment. He said amendments to the Protection of Economic Reforms Act (PERA) 1992 had been incorporated to restrict feeding of foreign currency accounts by non-tax filer Pakistani residents.

In February, the Paris-based global watchdog against financial crimes allowed Pakistan gave four months to fulfill the remaining 13 points of its 27-point action plan against money laundering and terror financing. Until the grace period expired, Pakistan was retained on the organization’s ‘grey-list.’ The FATF had said that if Pakistan did not complete its full action plan by June 2020, it would be moved to the list of monitored jurisdiction, or the watchdog’s ‘blacklist.’ This deadline has been extended due to the coronavirus pandemic with the next review due for October.