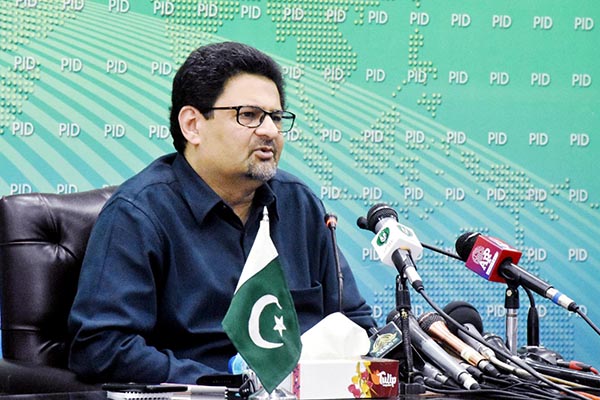 Finance Minister Miftah Ismail on Tuesday predicted macroeconomic stability in Pakistan with the resumption of the International Monetary Fund (IMF) program, adding he expected this to occur by the end of August as all prior actions had now been completed.

According to a statement, he told the leadership of the Pakistan Stock Exchange (PSX) in a meeting that the balance of payments crisis was “under control.” In fact, he claimed, the country could post a surplus in the coming months as the country’s energy demand decreases alongside lower oil prices and increased hydroelectric power generation.

On recent measures to increase tax revenue, the minister said fiscal discipline would be strictly followed and all additional expenditures would be fully funded through taxes. “Ten percent super tax has been imposed for one year only while alternative revenue streams are developed,” he claimed, adding “alternate dispute resolution-linked tax on banks” would not be imposed retrospectively and tax revenues from the retail sector should be significantly higher than last year.

During the meeting, the PSX leaders advised the government to increase dividends through profitable state-owned enterprises, noting the existing payout was just 18 percent and should be increased to 50 percent. The statement claimed Ismail had agreed to this and directed a meeting between the relevant ministry and all stakeholders to deliberate on its implementation.

With regards to capital markets, the meeting’s participants stressed urgent actions to mitigate the impact of macro developments for sustained and secular growth. “As perhaps the largest stakeholder in the market, the government will benefit directly by developing better funding alternatives, improved documentation and higher tax revenue, as well as avail the broader benefits that accrue to an economy on account of having developed capital markets,” the statement cited the PSX leaders as saying.

The meeting’s participants said the two biggest obstacles to capital markets growth were tax incentives for other asset classes and “know your customer” requirements in the stock market. “These obstacles are resulting in an Anti-Money Laundering and tax-driven distortion amongst asset classes, which is detrimental to the efficient allocation of scarce resources in Pakistan; hence creating challenges on both demand and supply sides for the capital markets,” they said.

On taxation, the participants lamented the income of listed companies was subject to double tax—at the company and dividend distribution levels—with unincorporated businesses being subject to substantially lower taxes. This inequity, they warned, was discouraging corporatization and documentation. Responding to the recommendations, per the statement, the finance minister directed the Federal Board of Revenue to immediately review any discrepancies in the capital gains tax regime and tax credits for newly listed companies. He also asked the Securities and Exchange Commission of Pakistan to review the investment limit and AML requirements for Sahulat accounts and the Ministry of Finance to review the listing of development financial institutions, the procedure for issuance of debt/Sukuks in the capital markets and the interest rate setting of National Service Scheme instruments.