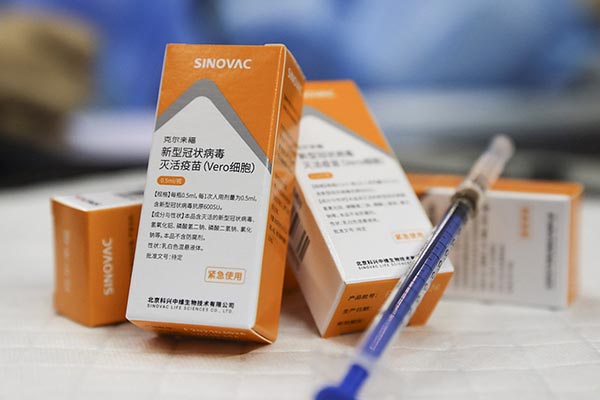 “Though the number [of people involved with fake vaccination certificates] is very small,” he told media in Islamabad, “we are working on it.” He said that in the past two months, more than 41 people had been arrested and FIRs registered against them.

“The FIA is also seeking details about the citizens who secured fake vaccination certifications from them [arrested individuals],” he said, adding that some of these recipients had already been summoned by the FIA, while more would soon be directed to submit to questioning and legal action. “We have already cancelled the fake certificates identified,” he stressed, adding that the investigative agency had the resources to trace the culprits.

“These people’s actions can aid in the spread of the pandemic, which can even result in death,” he warned and urged all citizens to avoid any illegal steps to secure vaccination certificates. “We advise all citizens to get themselves vaccinated for free nationwide without any fear,” he said. “Not only do fake vaccination certificates endanger the health of the people involved, it also damaged Pakistan’s international repute and invites criticism,” he said.

“I appeal to all citizens to get themselves and their family members fully vaccinated,” he said.

There have been reports of fake COVID-19 vaccination certificates almost from the outset of Pakistan’s ongoing vaccination drive, but the situation took on particularly urgency for the PTI-led government after it emerged that former prime minister Nawaz Sharif had received his first dose of the vaccine at a hospital in Lahore—despite not having stepped foot inside Pakistan since November 2019.

A probe has identified the people involved in the scam, with some government ministers accusing the opposition PMLN of trying to malign Pakistan by seeking fake vaccination certificates for Sharif. The PMLN, meanwhile, has accused the government of failing in its role of ensuring that the vaccination drive was free of controversy and urged authorities to ensure all data was up-to-date to avoid any international reaction.