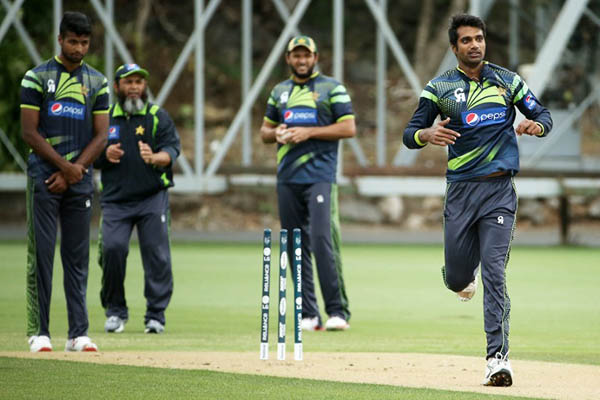 The winner of the match will grab the last open position in the quarter-finals of the cricket tournament.

Ireland take on Pakistan in a winner-takes-all World Cup clash at the Adelaide Oval on Sunday that promises an enthralling encounter between two highly combustible teams.

The last league match in the month-long group stage will steer the winner into the quarter-finals and leave the loser facing a tricky run-rate count-back against the West Indies. A likely win for the West Indies over the United Arab Emirates earlier on Sunday will bring them level with Pakistan and Ireland on six points to set up a keen finish for the knock-out rounds.

Defending champions India and South Africa have already taken two of the four quarter-final spots from Pool B, while co-hosts Australia and New Zealand have already qualified from Pool A along with Sri Lanka and Bangladesh.

It’s been eight years almost to the day when Ireland celebrated St Patrick’s Day on March 17 in 2007 by knocking out Pakistan from the World Cup with a three-wicket win at Kingston’s Sabina Park in Jamaica. A day later Pakistan’s disappointment turned into grief when their English coach Bob Woolmer was found dead in the bathroom of his hotel room, causing disbelief in the entire cricket world. A long investigation proved inconclusive as police overturned their initial assessment of murder or suicide to declare that Woolmer, 58, died of natural causes.

Since then, the two sides have played four one-day matches, all hosted by Ireland, with Pakistan winning three and the fourth game ending in a tie.

Pakistan and Ireland have endured a bumpy ride at this World Cup, but now find themselves at par going into their must-win match with three wins each from five games. “It will be the biggest game in Ireland’s cricket history,” seasoned batsman Niall O’Brien declared in the Dublin-based Independent newspaper.

“We still have it in our own hands and know that several teams would love to be in the position we find ourselves in. Pakistan will be an extremely difficult test but it’s still up to us.”

Pakistan lost their opening two matches against old foes India and the West Indies, but bounced back to win the next three to prove once again they are one of the most unpredictable sides in world cricket. Victories against Zimbabwe and the United Arab Emirates were followed by a stunning success over mighty South Africa in Auckland where they bowled the Proteas out for 202 after making 222.

Ireland began by chasing down the West Indies’ 304 for seven in a rousing batting display and also beat U.A.E. and Zimbabwe, but were no match for Test nations India and South Africa.

The Irish batsmen have outscored the inconsistent Pakistanis so far, which should make them feel comfortable on what is expected to be a run-laden pitch, despite the rivals’ potent bowling attack. Pakistan’s batsmen have crossed 250 just once in the tournament when they hammered 339 for six against the inexperienced U.A.E. at Napier.

In contrast, Ireland have surpassed 300 twice against the West Indies and Zimbabwe, thrashed U.A.E. for 279-8, scored 259 against India and managed 210 versus the South Africans.

Pakistan’s batting coach Grant Flower said his team can’t afford to slip up any more. “I do expect the batsmen to deliver,” the former Zimbabwean star said. “That is what they are there for. They can bat a lot better than they have. I would like to believe our best is yet to come. If we don’t, I don’t think we will go much further in the tournament.”