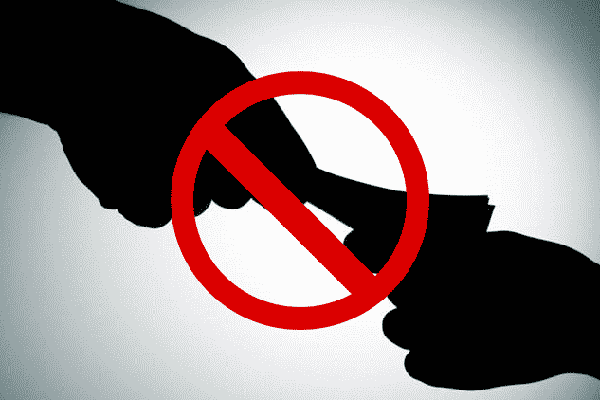 The United Nations-designated International Anti-Corruption Day is being observed across Pakistan on Monday (Dec. 9) with an aim toward enhancing awareness about, and highlighting the dangerous effects of, corruption in societies.

The International Anti-Corruption Day has been observed annually on Dec. 9 since the passage of the United Nations Convention Against Corruption on Oct. 31, 2003 to raise public awareness about the ill-effects of corruption. This year marks the 15th anniversary of the UNCAC.

Organizations in Pakistan working for the elimination of corruption, including the National Accountability Bureau and the Anti-Corruption Establishment, are marking the day with special programs, seminars and walks. Hoardings and advertisements have also been put up nationwide to apprise the public about how best to weed out the scourge of corruption from society.

In a statement issued to mark this year’s Anti-Corruption Day, the United Nations said that $1 trillion were paid in bribes ever year globally, with an “estimated $2.6 trillion stolen annually through corruption.” In developing countries, according to the United Nations Development Program, funds lost to corruption are estimated at 10 times the amount of official development assistance.

The statement said corruption is a “serious crime that can undermine social and economic development in all societies. No country, region or community is immune.” It added that under this year’s theme of “United Against Corruption,” the U.N. was hoping to continue supporting the 2030 Agenda, with a special emphasis on youth engagement. The United Nations Office on Drugs and Crime (UNODC) and the United Nations Development Program have also developed a joint global campaign focusing on how corruption affects education, health, justice, democracy, prosperity and development.

In a personal statement, U.N. Secretary-General Antonio Guterres added: “On this International Day, I urge people everywhere to continue to work on innovative solutions to win the battle against corruption and to ensure that precious resources serve the peoples of the world.”

The Pakistan Tehreek-e-Insaf-led government headed by Prime Minister Imran Khan has made eradication of corruption a central plank of its policies. Khan has repeatedly reiterated his government’s resolve to pursue transparency as part of this goal.