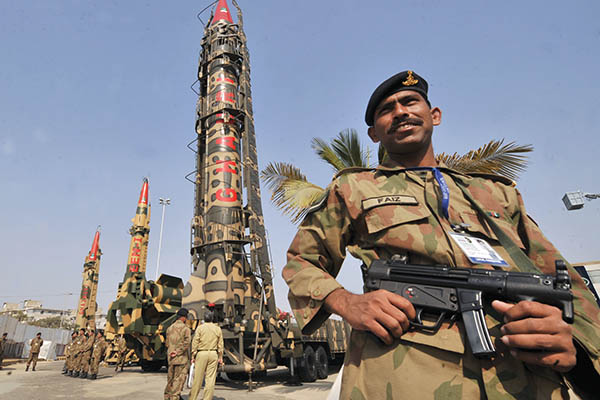 The Nuclear Security Index ranks countries by two main goals: secure materials and protect facilities. It says Pakistan improved the security of its materials by 7 points in the past year, going from 40 to 47. Overall, its Security and Control Measures score increased by 25 points “due to actions to strengthen its regulations.”

Pakistan also increased its score in Global Norms by 1 point because it subscribed to INFCIRC, establishing principles for the Nuclear Security Contact Group. According to the report, “the group was founded by a group of countries that participated in the summits to facilitate cooperation and sustained engagement on nuclear security after the conclusion of the summits in 2016.”

The report says Pakistan scores high (67-100) in Domestic Commitments and Capacity, medium (34-66) in both Security and Control Measures and Global Norms, and low (0-33) in Quantities and Sites, owing to its continued increases in quantities of weapons-usable nuclear materials. It also scores low in Risk Environment.

Summarizing Pakistan’s progress in the past decade, the report said the country’s score had improved in 2014 due to new regulations for on-site physical protection. “In 2016, it passed new cybersecurity regulations. In 2018, it improved its insider threat protection. Its newest regulations mark a much larger shift,” it added.

However, the report notes, there are still key steps that Pakistan needs to take to fill remaining gaps in its nuclear security. These are as follows:

Globally, the report ranked Australia first, while Canada and Switzerland tied for second. Germany ranked fourth, while the Netherlands and Norway tied for fifth.