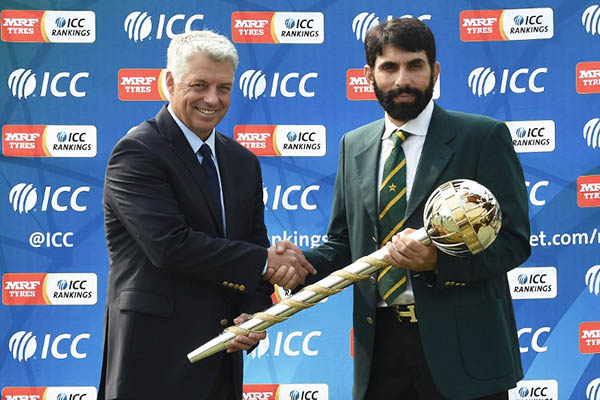 Pakistani officials must satisfy the concerns of visiting security experts if they want to host major teams again, the chief executive of cricket’s world governing body said on Wednesday.

Most international sides have stayed away from Pakistan since an Islamist militant attack on the Sri Lankan team bus in Lahore in 2009, which killed eight people and injured several cricketers. In 2015 Pakistan hosted minnows Zimbabwe for a short limited-overs series—three one-day internationals and as many Twenty20s—but that failed to change the views of most security experts.

“It’s actually quite easy for you to convince me that international cricket returns to Pakistan, but unfortunately it’s not me or the ICC that needs to be convinced,” said David Richardson, chief executive of the International Cricket Council (ICC). “It’s the security experts, it’s the security consultants who are advising the players, advising the teams, and that’s really out of our control.”

He was speaking in Lahore, where he came to present Pakistan captain Misbah-ul-Haq with a mace after his team reached the world top Test ranking.

Richardson’s remarks come as England prepare to tour Bangladesh next month despite an attack on a Dhaka café in July that left 20 hostages including 18 foreigners dead. It was claimed by the Islamic State group. Security experts cleared the tour on the assurances of the country’s government and the Bangladesh Cricket Board.

Richardson acknowledged overall improvements in Pakistan’s security situation, with a marked decrease in militant attacks and casualties this year and last. “I know that the Pakistan government and the Pakistan Cricket Board are doing whatever they can to try and persuade the people and make the security situation better in Pakistan. Pretty soon we’ll get to a situation where teams are willing to play international cricket in Pakistan,” he said.

Haq meanwhile praised his players for making it to number one without playing at home. “We’ve been playing on foreign soil since 2009 but we are not only strong enough but we are right at the top, especially in the top format of this game,” he said. Players, he said, had to compete outside the country for almost six to seven months. “Credit should be given to the families.”