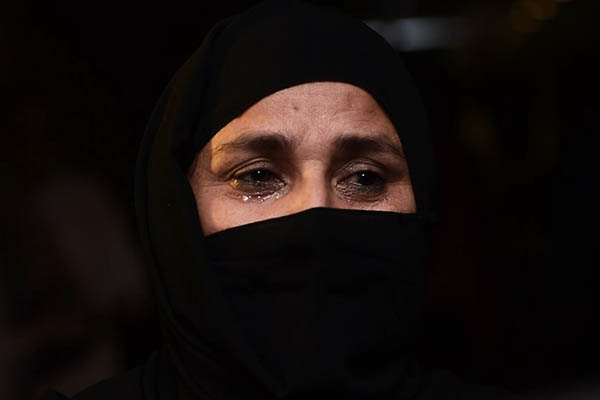 Foreign Secretary Aizaz Ahmad Chaudhry told a press conference a convoy of 16 buses was carrying stranded Pakistanis from the capital of Sanaa to the city of Hodeidah, where they would be kept in a school building overnight and flown out on Sunday morning. He said some Pakistanis remained stranded in the southern government stronghold of Aden and were awaiting a lull in the fighting so they too could be rescued.

“The situation in Yemen is turning bad and it is our priority to safely evacuate our people. There are around 3,000 Pakistanis residing in Yemen, of which around 1,000 are trying to leave the country and come back to Pakistan,” Chaudhry said.

A Pakistani naval vessel will leave for Yemen on Sunday, he added, while the Pakistan International Airlines (PIA) had two planes ready and waiting for the go-ahead from Yemeni authorities.

“Saudi Arabia has declared Yemen a no-fly zone and we are in constant touch with the Saudi authorities to allow our planes to land on any safe airport,” Chaudhry said. He added that Prime Minister Nawaz Sharif had spoken to Saudi Arabia’s King Salman on Friday night by telephone, restating Islamabad’s staunch support for the Gulf kingdom.

“The prime minister had assured the king that the safety and security of Saudi Arabia is very important for Pakistan and any threat to the sovereignty and territorial integrity will be the cause of great concern for Pakistan,” Chaudhry said.

A Pakistani delegation will leave for Riyadh in the next 24 to 48 hours, he added, but rejected reports that Pakistan would join the Saudi-led coalition bombing targets in Yemen, calling them “speculations.”

“We have defense agreements with Saudi Arabia: they come here to get training and we go there to give them training. We have not sent any additional troops there,” he said.

Pakistani television channels aired live Skype and telephone interviews with citizens stranded in Yemen who complained they were being threatened by rebels.

On Friday, Pakistan’s defense minister said it was ready to defend Saudi Arabia’s “territorial integrity,” but had not yet decided to join the Saudi-led coalition fighting the Houthis.

Saudi Arabia launched airstrikes on Thursday to defend the government of President Abedrabbo Mansour Hadi from the advancing insurgents. Pakistan is a longstanding ally of Saudi Arabia with close military ties, but Islamabad has not yet committed to the operation, which has drawn strong criticism from its neighbor Iran, the major Shia Muslim power.