Pakistan ‘Ready to Talk’ With India on Kashmir: Imran Khan 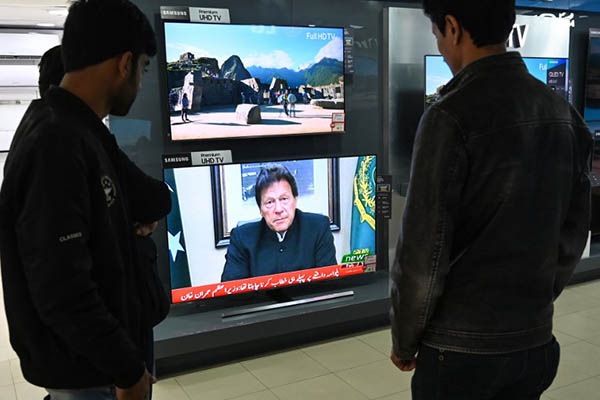 Pakistan is ready to help India investigate the deadliest blast in Kashmir in decades, but will retaliate if Delhi attacks, Prime Minister Imran Khan said on Tuesday as tensions between the rival nations soared.

He spoke days after the attack was claimed by Pakistan-based militant group Jaish-e-Mohammed, unleashing a war of words between the arch-rivals and spurring both countries to recall their respective envoys.

India, whose leader Narendra Modi faces elections in coming weeks, has accused Islamabad of harboring the militants and vowed “the terrorist groups and their masters… have to pay a heavy price.”

Pakistan has denied involvement. Khan vowed on Tuesday that if any militant group was using Pakistani soil to launch attacks, “its enmity is with us. This is against our interest.”

Kashmir has been split between India and Pakistan since independence from Britain in 1947. Both countries claim the Himalayan territory in full and have fought two wars in connection to the dispute.

Minutes after the address, Khan’s official Instagram account posted a picture of the premier—scowling and cross-armed—along with a message that read: “Don’t mess with my country.”

“It is imperative to take steps for de-escalation. The United Nations must step in to defuse tensions,” wrote Qureshi in a message shared with journalists.

India-occupied Kashmir is one of the world’s most militarized zones, with some 500,000 Indian troops deployed to fight a rebellion that broke out in 1989. Scores of armed groups are now involved.

Tens of thousands of people, mainly civilians, have died in the conflict. Violence has spiked since 2016 with almost 600 killed last year, the highest toll in a decade.