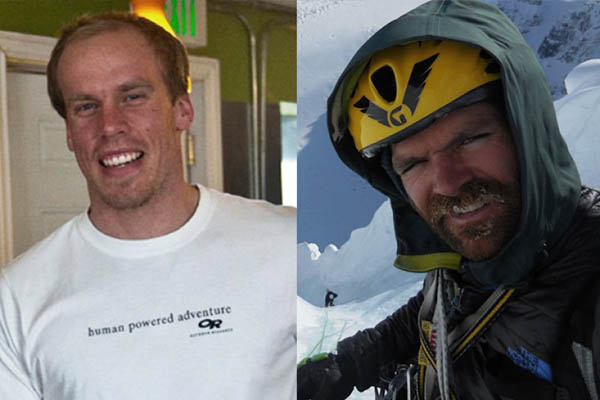 Rescuers have yet to find any sign of the two mountaineers who went missing last month.

Pakistan suspended a helicopter search on Sunday for two American climbers who went missing while trying to summit a mountain in the country’s far north.

Kyle Dempster and Scott Adamson began their ascent of the 7,285-meter Ogre-II peak off the Choktoi Glacier in the Gilgit-Baltistan region of Pakistan on Sunday Aug. 21, but went missing the next day and have not been seen since.

“The helicopter-search was suspended after authorities did not get a go-ahead for today from families and friends of the two climbers,” said Karrar Haidri, a spokesman for the Alpine Club of Pakistan. However, a search by high-altitude rescuers is continuing, he said.

“Even on Saturday, the rescuers failed to find any sign of the two climbers,” Haidri added.

Another official, who did not want to be identified, told AFP the helicopter-search can be resumed as and when Pakistani authorities are asked to do so.

Earlier, the helicopter search had been delayed for days because of adverse weather conditions.

Authorities said that a team of local high-altitude rescuers has been searching for the missing climbers for almost a week but bad weather prevented them from ascending the peak.