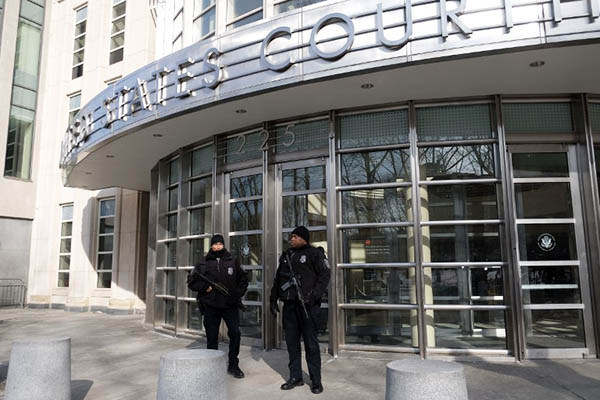 Abid Naseer faces life in prison after federal jury in New York finds him guilty of working with Al Qaeda.

A Pakistani man faces life in prison after being convicted in New York of involvement in an Al Qaeda plot to carry out terror attacks in Britain, the United States and Denmark, U.S. authorities said Wednesday.

Abid Naseer, 28, is to be sentenced at a later date after being found guilty by a federal jury in New York following his extradition to the United States from Britain, a statement said. Prosecutors said Naseer and other Al Qaeda operatives had planned to attack a busy shopping mall in Manchester, England and had also targeted the New York subway and a newspaper office in Copenhagen.

Three other men have already been convicted in connection with the conspiracy, which prosecutors said had been intended to “send a message to the United States and its allies.”

“Today’s verdict sends an even more powerful message in response: the United States will stop at nothing in order to hold those who plot to kill and maim in the name of religion accountable for their grievous crimes,” government prosecutor Loretta Lynch said.

Naseer was arrested in Britain in April 2009 with several plotters. A search of an Internet cafe he had frequented revealed exchanges with an Al Qaeda handler. Naseer had also downloaded jihadi anthems, which called for “death in large numbers.”

Documents referring to Naseer’s arrest and planned attacks was seized from Osama bin Laden’s Abbottabad hideout in 2011 when the Al Qaeda chief was killed during a raid by U.S. Navy Seals.