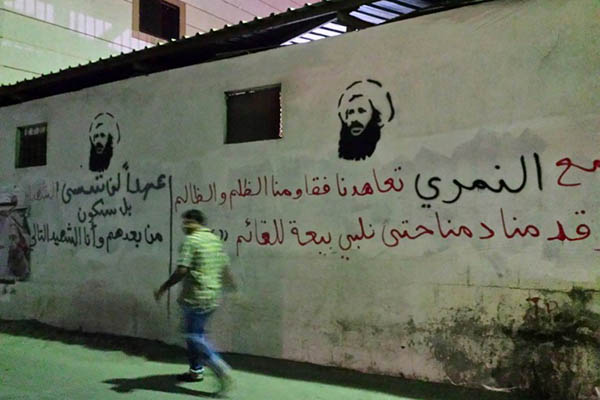 The gunfire targeted a construction site in a neighborhood of the Shia-majority town of Awamiya that was slated for redevelopment, the interior ministry said late Friday. Workers in Almosara district “came under fire and their vehicles were targeted by explosives” from within the neighborhood, the ministry said in a statement.

It did not say when the incident took place but said criminals engaged in the drug and arms trade tried “to jeopardize the project and protect their terrorist activities that they launch from the abandoned houses in the neighborhood.”

As police responded to the shooting, suspects “opened random and heavy gunfire at passersby and security men,” killing a two-year-old Saudi boy and a Pakistani resident.

The ministry said 14 people were wounded in the shooting, including two Pakistanis, an Indian, a Sudanese and four policemen. A resident, however, gave a higher toll, saying that a local security guard who was hit by a random bullet later died of his injuries.

It was the second time since Wednesday that gunfire sounded in Awamiya, a town on the Gulf coast. Residents said the shooting broke out as authorities moved on the Almosara district.

Early Saturday more gunfire sounded in the neighborhood and authorities blocked roads in the area, a resident said. “The situation’s miserable,” another resident said, asking for anonymity. “We think it will take a long time to finish this operation.”

In March the ministry said a teenage suspect died from wounds after Saudi police “responded” under fire while looking for suspects hiding among abandoned homes in Almosara. A local resident at that time told AFP that people had been living for more than a month in Almosara resisting the urban renewal project. They had no water and their electricity came only from generators, the resident said, adding that they wanted to be given new houses and the area kept as a historical district.

Awamiya, a town of 30,000 in the Shia-majority Qatif district, was the home of Nimr al-Nimr, a Shia cleric put to death in January last year for “terrorism.” Nimr was a driving force behind protests by Shias that began in 2011 and developed into a call for equality in the Sunni-majority kingdom.