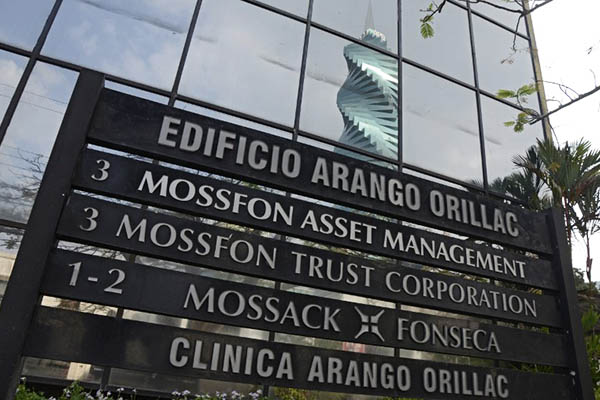 ‘John Doe’ says he does not work for any government or intelligence agency.

The anonymous source behind the Panama Papers on Friday offered a passionate explanation for the mega-leak, arguing that the corruption of the super-rich has broken capitalism and could spark revolution.

Calling himself “John Doe”—a common legal placeholder name for a person unknown—the source offered to help authorities to bring tax cheats and other criminals to justice but voiced fears of meeting the fate of whistleblowers like Edward Snowden.

Writing in the German daily Suddeutsche Zeitung—to which the original documents were leaked—John Doe also stressed that “for the record, I do not work for any government or intelligence agency, directly or as a contractor, and I never have.”

The Panama Papers are a trove of about 11.5 million leaked documents of the Panamanian law firm Mossack Fonseca that reveal the large-scale use by firms and wealthy individuals of offshore shell companies that enable hiding assets from tax authorities. The source’s manifesto starts with the words “income inequality is one of the defining issues of our time” and blames it in large part on the “massive, pervasive corruption” of a wealthy global elite, aided by lawyers, politicians and the media.

“I decided to expose Mossack Fonseca because I thought its founders, employees and clients should have to answer for their roles in these crimes, only some of which have come to light thus far,” wrote John Doe in an English-language text published by Sueddeutsche Zeitung. “It will take years, possibly decades, for the full extent of the firm’s sordid acts to become known.”

In the manifesto, John Doe argued that “the collective impact of these failures has been a complete erosion of ethical standards, ultimately leading to a novel system we still call capitalism, but which is tantamount to economic slavery.”

“In this system—our system—the slaves are unaware both of their status and of their masters, who exist in a world apart where the intangible shackles are carefully hidden amongst reams of unreachable legalese.”

The source says that history shows how issues involving taxation and power imbalances have “led to revolutions in ages past” and predicts that “the next revolution will be digitized. Or perhaps it has already begun.”

John Doe charged that “thousands of prosecutions could stem from the Panama Papers, if only law enforcement could access and evaluate the actual documents.” Unlike the media organizations involved, “I … would be willing to cooperate with law enforcement to the extent that I am able,” wrote the source.

“That being said, I have watched as one after another, whistleblowers and activists in the United States and Europe have had their lives destroyed by the circumstances they find themselves in after shining a light on obvious wrongdoing.”

John Doe pointed to Snowden—the former U.S. intelligence contractor behind the U.S. National Security Agency leaks, now stranded in Moscow—arguing that “for his revelations about the NSA, he deserves a hero’s welcome and a substantial prize, not banishment.”

“Legitimate whistleblowers who expose unquestionable wrongdoing, whether insiders or outsiders, deserve immunity from government retribution, full stop. Until governments codify legal protections for whistleblowers into law, enforcement agencies will simply have to depend on their own resources or on-going global media coverage for documents.”