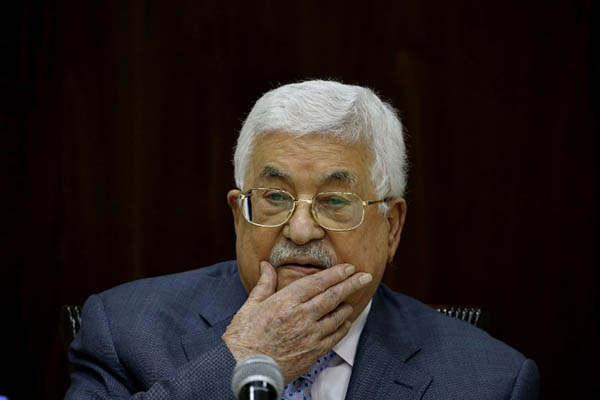 An “emergency” session of the Arab League in Cairo on Feb. 1, requested by Palestinian Authority President Mahmoud Abbas, rejected U.S. President Donald Trump’s Middle East peace plan, saying it would not lead to a “just” peace deal because “it does not meet the minimum rights and aspirations of Palestinian people.” The member states agreed not to cooperate with the U.S. to implement the plan, insisting that the two-state solution should include a “Palestinian state based on borders before the 1967 war, when Israel occupied the West Bank, Gaza and East Jerusalem.” The League wants East Jerusalem to be the capital of the future Palestinian state.

The Palestinians are understandably livid. They say that “some Gulf States” think that America was their only protector against a much larger Iran and that “some Arabs have completely forsaken Palestine and are embracing Israel to fend against an imaginary Iranian threat.” The cold fact is that Saudi Arabia, the U.A.E. and Bahrain—who have all expressed support for the plan—feel threatened not only by Iran but also their fellow-Arab states, and have been getting close to Israel as a counter. They are rendered helpless by the Palestinians’ own divide and the Gaza “revolutionaries” who receive assistance from Iran. They feel threatened—unlike the Palestinians—by what is happening in Yemen and the radical Arab movement like the Brotherhood in Egypt who reject “monarchies” in favor of “sharia.” The “Gulf Arab” economies are small and increasingly “trade-based” rather than the traditional resource of oil and gas.

But “normalization” of the Muslim state is not going to be easy. On Feb. 3, foreign ministers of the Organization for Islamic Cooperation (OIC) also rejected the Trump plan for the Middle East, calling on its 57 member states “not to help implement it.” It said: “OIC rejects this U.S.-Israeli plan as it does not meet the minimum aspirations and legitimate rights of the Palestinian people and contradicts the terms of reference of the peace process” and allows Israel to retain control of the disputed city of Jerusalem as its “undivided capital” and annex settlements on Palestinian lands.

Palestinian leader Abbas “threatened” that he would “cut all ties with Israel and the U.S.,” as if that will deter them from carrying out the Peace Plan. This means he would have the power to somehow prevent Israel from annexing the strategic Jordan Valley—making up 30 percent of the West Bank—and all Jewish settlements, which number more than 200. Will his statement persuade Hamas in Gaza to accept his leadership because he was representing the Palestinians at the OIC?

Turkey and Iran have been more forthcoming in rejecting the Trump plan but they are not looked upon as friends by all the Arab states in the Gulf. They are fighting a covert war through substitutes against Turkey in Syria-Iraq and are scared of what Iran might do to them if they shun the security umbrella of the United States in the region. Iran, squeezed by U.S. sanctions and under pressure from its own popular protests, has managed to invest in the region to “protect” the Arab Shias under pressure in Iraq, Syria, Lebanon and Yemen. There is no doubt that the U.S. is the guarantor of Arab security in the region.

For Pakistan, the security map of the Middle East is a conundrum it simply can’t figure out, especially as it compares its Middle East policy with that of New Delhi. It wants “normal” relations with its neighbor Iran but is held back by the fear that its Arab patrons in the Gulf would misunderstand it. Iran knows that Pakistan is economically beholden to the Arabs and would not go all the way in its favor in in case of conflict. There is also the unfortunate tendency in Pakistan to maltreat the Shia community and do little to prevent the Shia from getting killed by its Sunni “guests” from Afghanistan. Pakistan is also perturbed by the growing “cooperation” between Iran and Pakistan’s arch-enemy India, whose spy Kulbhushan Jadhav was infiltrated into Pakistan across the Iranian border. Pak-Iran economic cooperation is further thwarted by U.S. sanctions that Pakistan can do nothing about.

In Pakistan most people hate India and don’t like the U.S., especially if the U.S. is getting chummy with India. If India was the “deciding factor” in determining foreign policy, Pakistan is hard put to apply this yardstick steadily in the region. It can’t get too close to Iran because the Arabs can punish it for doing so; and the Arabs no longer care that Pakistan would be offended if they ignored the “wronged people of Kashmir” and got close to India.

India’s Kautilyan policy of playing its cards adroitly with both the wrangling parties of the Gulf is yielding dividends. What hurts Pakistan most is India’s “technology-related” relationship with Israel. The Arabs don’t mind it, and a more stringently anti-Israel Iran doesn’t seem to care either. The truth of the matter is that if Pakistan were to recognize Israel to take advantage of “technology transfers,” the Arabs won’t mind it too much; but Pakistan would be internally destabilized by protests from religious parties and opportunist politicians trying to pull each other down. Meanwhile, Trump’s peace plan would unfold and return Netanyahu to power in the next election. More significantly, the plan would line up all the lobbies—including the Jewish one—to return Trump to the White House in November.

Look at the threatening regional paradox: the Arabs won’t mind Pakistan recognizing Israel, as they haven’t minded India doing it; but they will mind Pakistan getting too close to Iran, which wants to challenge Israel. The Arab League and the OIC are clearly not expressing the real security dilemma of the Islamic world, which is mostly fighting internecine battles. As for Pakistan, it is in deep economic trouble, faces security threats from both India and from terrorist organizations like Al Qaeda and Islamic State, and is unable to either recognize Israel or normalize with India. If the options are difficult to read in South Asia they are equally difficult to decipher in the Middle East.