Physics Center to be Renamed for Abdus Salam 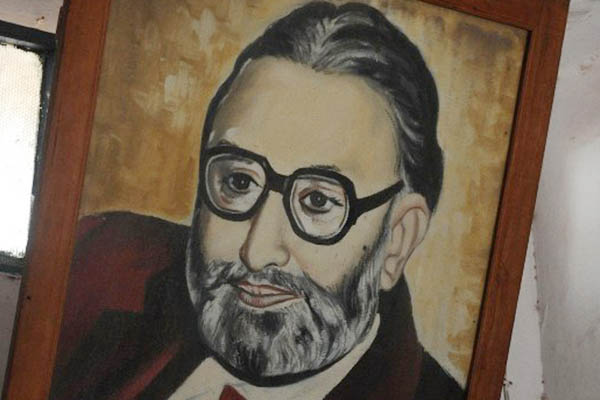 Prime Minister Nawaz Sharif on Monday gave “in principle” approval to rename the Quaid-e-Azam University’s National Center for Physics to the ‘Professor Abdus Salam Center for Physics,’ honoring the Nobel Prizewinning physicist 20 years after his death.

A statement issued by the Prime Minister’s Office said Sharif had directed the Ministry of Federal Education and Professional Training to submit a formal summary to rename the center for President Mamnoon Hussain’s approval. Also on Monday, the prime minister approved the Professor Abdus Salam Fellowship, which will grant five fellowships annually through the Higher Education Commission to Pakistani Ph.D. students in the field of Physics at reputed international universities.

According to a statement issued to media, Sharif approved the fellowships and renaming of the Physics Center in recognition of Dr. Mohammad Abdus Salam’s contributions to Pakistan and the world of theoretical physics. Salam—along with Sheldon Lee Glasgow and Steven Weinberg—was awarded the Nobel Peace Prize in Physics in 1979 for “their contributions to the theory of the unified weak and electromagnetic interaction between elementary particles, including, inter alia, the prediction of the weak neutral current.”

Salam was the first Pakistani to ever receive a Nobel Prize. “His remarkable achievement earned fame and prestige for the country, which rightly deserves to be valued,” added the statement issued by the Prime Minister’s Office.

Salam served as a top-level adviser to the Government of Pakistan from 1960 to 1974, during which he was instrumental in developing the country’s nuclear program. An Ahmadiyya, he left the country in protest in 1974 after Parliament declared Ahmadis as non-Muslims, but continued to engage with and advise academics from the Pakistan Atomic Energy Commission. In 1998, after the successful public testing of Pakistan’s nuclear weapons, the Government of Pakistan issued a commemorative stamp to honor his services to the nation as part of a “Scientists of Pakistan” series.

“Renaming the National Center for Physics as Dr. Adbus Salam’s Center for Physics would be another step toward honoring the Pakistani scientist who served the country and brought a good name for Pakistan,” adds the statement from the Prime Minister’s Office.