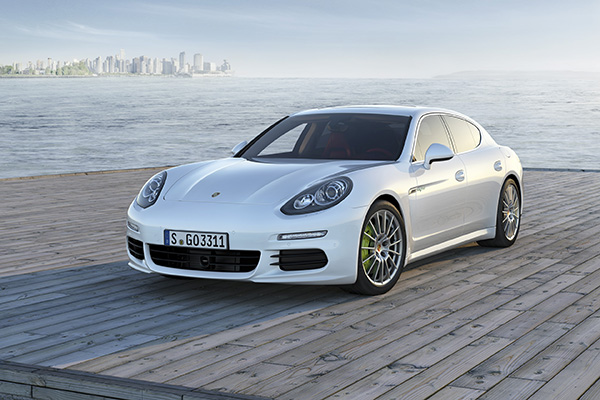 In a wide-ranging discussion last month on the future of Pakistan’s automobile industry, the CEO of Porsche Pakistan has advised the country to embrace hybrid technology to alleviate pollution and high fuel costs.

“In a country where petroleum, CNG and pollution are all big issues,” Abuzar Bokhari told Newsweek, “it’s an acute need.”

Porsche, which launched operations in Pakistan in 2006, announced in April that the latest range of Porsche Panameras—the Turbo, the 4S and the SE Hybrid—would be available in Pakistan from July. A month earlier, the company had held an event to inform journalists in the country about hybrid technology, particularly the Cayenne S Hybrid, which was launched in 2011.

The new range of hybrid vehicles integrates an internal combustion engine with an electric motor and rechargeable lithium-ion batteries. Any excess power generated by the engine, otherwise wasted in non-hybrids, charges the batteries that the car operates on, allowing fuel consumption to be restricted for high-powered driving. This fuel mix helps hybrids be more fuel efficient and environmentally friendly.

This efficiency of the engine, explained Bokhari at a presentation on hybrid technology at Lahore’s Porsche Center in March, is more cost-effective in the long run and can help consumers save over 50 percent on fuel.

Currently in Pakistan, only Porsche and Toyota sell hybrid vehicles. Toyota, a popular brand in the country, has several hybrid vehicles but they remain a niche market. “Its just lack of awareness on Pakistan’s part,” says Bokhari. “Consumers define demand, which companies and governments must recognize.”

According to Bokhari, despite a flagging economy and a flawed perception as an “elite” product, business is good in Pakistan. “It’s easy to do business in Pakistan,” he says. “The perception is much worse.”

Harvard University’s All World Network ranked Performance Automotive, Porsche Pakistan’s parent company, No. 13 on its list of Pakistan’s 100 fastest growing companies in 2011, and No. 10 in 2012. “We expect to be in the single digits this year,” predicted Bokhari.

However, despite the success, Porsche has its fair share of obstacles; Pakistan’s excessively high duty on imported vehicles chief among them. According to Bokhari, the Rs. 10 million currently being charged for an average Porsche in Pakistan would drop to Rs. 4.5 million if tariffs were reduced. He says that while he has approached government officials to convince them of the benefits of importing low-cost hybrid technology, the response has been decidedly “lukewarm” so far.

Last June, after a 3-year initiative by Porsche Pakistan, the government announced an exemption from custom duty, sales tax, and withholding tax in excess of 75 percent of the applicable rate on the import of Hybrid Electric Vehicles (HEVs). Depreciation in the duties and taxes for used HEVs was also made admissible at the rate of 2 percent per month subject to a maximum of 60 percent. Even though it will take a few more months to assess to what extent this will affect Porsche Pakistan’s sales, Bokhari says it is a major step forward.

However, he notes, more needs to be done. “We don’t just want mindless tariff cuts because they create a gold rush,” says Bokhari. “We need an intelligent, staggered policy by the government on building capacity to bring [hybrid] technology in.”

Bokhari suggests the government support hybrid technology the way it supported telecommunications companies in the 1990s: “They backed the whole process and Pakistan went from the stone age in that industry to one of the fastest growing countries in mobile phones.” Up to 140,000 new passenger cars come on the road every year, he says, and having hybrid cars instead of normal ones would significantly impact fuel consumption and reduce pollution. Pakistan spent $15 billion on importing fuel in 2011-2012; with the adoption of hybrid vehicles, the potential exists to reduce that figure substantially.

The Porsche Pakistan CEO proposes a state-backed campaign to apprise citizens of the benefits of hybrid vehicles in addition to financial incentives for early adopters—not just for private consumers but public transport projects also. In the U.S., such support led to a 70 percent increase in the use of hybrid cars in 2012, he says.

“The government and companies should do it as a corporate social responsibility initiative,” says Bokhari. “[Promoting hybrid technology is] doing a good deed and getting paid for it.”

the lack is awareness is not the customers fault, both Toyota and Porsche have had nearly zero presence on the marketing mediums that would be frequented by those green conscious buyers. The brand needs to spearhead all efforts in raising awareness to the customer, not the other way around. The value proposition too needs to be communicated. But at the end of the day, why would someone spend +USD 100k on a Porsche hybird instead of one of Toyota’s if the intention was better fuel consumption and a preference towards sustainable lifestyle? The whole concept that Porsche represents – excess – is in direct opposition to its value proposition on the green front; a total oxymoron if you will. People with USD 100k to spend on a car aren’t worried about or scratching their heads over paying off the fuel cost.

i love this car elegant design