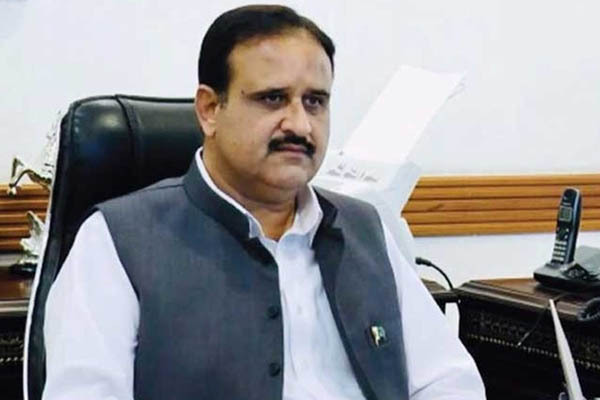 Wedding functions and indoor-outdoor dining at restaurants banned, public transport shuttered from April 1 in areas with positivity ratio over 12 percent

The ongoing third wave of the coronavirus pandemic is proving more dangerous than the first two, Punjab Chief Minister Usman Buzdar said on Monday, as he announced a series of new restrictions that will go into effect from April 1 in areas with positivity over 12 percent.

“[Provincial capital] Lahore, Gujranwala, Rawalpindi, Faisalabad, and Multan are reporting the most cases right now” in Punjab province, Buzdar told media in a press conference after a meeting of the Cabinet Committee for Corona Control. Flanked by senior provincial lawmakers, including Health Minister Dr. Yasmin Rashid and Education Minister Murad Raas, he also summarized the latest coronavirus situation in the province, noting that Lahore’s positivity ratio had climbed to 21 percent in the past 24 hours.

“This is very concerning,” he said, adding that the people infected during the third wave of the pandemic were quickly filling up hospitals, increasing the rise of healthcare infrastructure becoming overloaded. “We cannot impose a total lockdown due to lack of resources,” he said, echoing Prime Minister Imran Khan, who had told the nation a day earlier that while it would be “preferable” to impose a total lockdown to curb the spread of the coronavirus, it was not sustainable for the country.

“From April 1, areas with more than 12 percent positivity will be placed under more stringent lockdowns,” he said. “This would continue until April 11 and the cabinet committee would review the impact of its decisions in a week to determine if harsher measures were required,” he added.

According to the chief minister, the following restrictions are being imposed from April 1 in areas with positivity over 12 percent:

The Punjab chief minister warned that if people did not adopt SOPs, the situation could become much worse in the coming days. “Mask compliance should be ensured,” he stressed, adding the government had no desire to shut down industries and wanted to ensure lives and livelihoods were protected.

Pakistan on Monday reported a positivity ratio of 11.2 percent, the highest since July, when the country was experiencing the peak of the first wave of the pandemic. Prime Minister Imran Khan, currently recovering from COVID-19, on Sunday urged the public to ensure social distancing and mask compliance to ensure the country could successfully overcome the latest surge in infections.