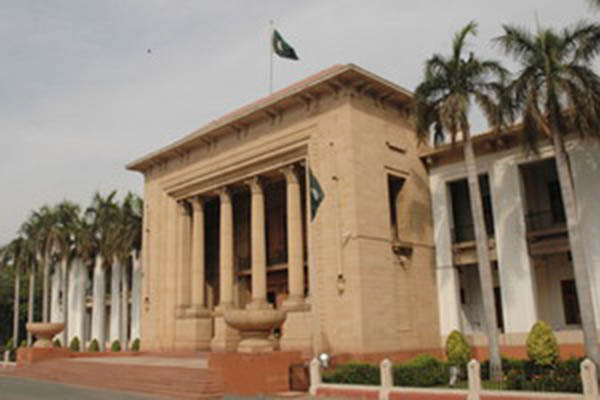 The bill, a seeming supplement to the country’s blasphemy laws, prohibits the printing and publication of any material deemed ‘objectionable.’ It also bars publishers, editors and translators from printing or publishing any book or material that contains pictures of suicide bombers or terrorists—unless required by law enforcement agencies.

Under the new law, it has also been mandatory for any reference to the name of Islam’s Prophet to be preceded by the title Khatam-an-Nabiyyin or Khatam-un-Nabiyyin, and to be followed by ‘Sallallahu alaihi wasallam’ (peace be upon him) in Arabic text. Under it, anyone found desecrating any prophet, any of the four divine books, family and companions of Islam’s Prophet, as well as abetting or glorification of terrorists and promoting sectarianism is punishable with a maximum of a five-year jail term, and up to Rs. 500,000 fine.

The National Assembly had, in June, also unanimously passed a resolution making it compulsory to write Khatam-an-Nabiyyin after the name of Islam’s Prophet in textbooks.

Under the Punjab Tahaffuz-e-Bunyad-e-Islam Bill 2020, the Directorate General Public Relations has been empowered to visit and inspect the premises of printing presses, publication houses and bookstores to ensure no ‘objectionable’ material has been printed. All publishers have also been instructed to provide four copies of all printed material—with maps, pictures and prints—to the authorized officer for scrutiny. The DGPR is also empowered to refuse permission to import, print or publish a book “if it is prejudicial to national interest, culture, religious and sectarian harmony.”

Hailing the passage of the bill, Punjab Assembly Speaker Chaudhry Pervaiz Elahi thanked God for allowing its passage. “This bill will prove a milestone in protection of religion Islam and its supremacy,” he said, adding that the federal government should enact and implement similar laws. “Section 3/F of this bill should be Article 295 of Pakistan Penal Code,” he said, and vowed to raise the issue with National Assembly Speaker Asad Qaiser.

The Punjab Assembly also passed the Ravi Urban Development Authority Bill, focusing on the development of an urban center along the banks of the Ravi River, as well as the Punjab Cooperatives Societies Amendment Bill, which seeks to raise the minimum amount of capital share and amends rules of operation of cooperative housing societies.