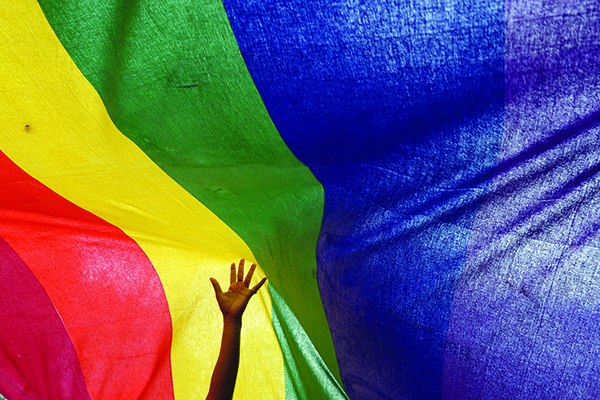 Speaking to a local newspaper recently, an official of the Kuwaiti Health Ministry said his government was developing a form of preventative “gaydar”—a “medical” test to detect gays and lesbians in order to prevent them from entering Kuwait and other Gulf Cooperation Council countries.

“Health centers conduct the routine medical check to assess the health of the expatriates when they come into the GCC countries. However, we will take stricter measures that will help us detect gays, who will be then barred from entering Kuwait or any of the GCC member states,” Yousuf Mindkar told Al Rai.

He did not identify what the stricter measures might be to determine a person’s sexual orientation, though the new proposal will be considered during a Central Committee for Expatriate Labor Forces Program in the GCC meeting scheduled for Nov. 11.

“If the Kuwaiti government is doing a blood test for sex chromosomes, the transgender issue can be addressed,” says Linda Burke-Galloway, a gynecologist and author. “If a phenotypic woman has an XY chromosome, she obviously had a sex change. Barring transgender men and women, I would be hard pressed to determine how a phenotypic homosexual man or woman could be identified.”

All GCC member countries, including Bahrain, Qatar, Oman, Saudi Arabia, and the United Arab Emirates, ban homosexual acts. The prohibition isn’t rare—globally, 78 countries ban homosexuality, with lesbianism singled out in 49 of those. In Saudi Arabia, convicted gays and lesbians face the death penalty—as they do in Iran, Sudan, Yemen, and Mauritania—at least on the books. In practice, most Saudi Arabian violators get prison time, whippings, and fines.

Kuwait punishes homosexuality between men with up to seven years of prison. In May, various media outlets reported the arrest of 215 gay men and lesbians after police conducted a nationwide investigation of cafés and “suspicious” places. The arrested were held, according to Kuwait Times, as “violators of residency laws, drunkards, drug users, gamblers, and people wanted in different criminal and civil cases.”

Although homosexuals have clearly been targeted in recent months, they are not alone. In March, Kuwait’s Minister of Social Affairs and Labor announced new measures intended to reduce the number of expats in the country. According to the Central Agency for Statistics, non-Kuwaitis and foreigners make up two thirds of the country’s population.

To address this imbalance, Minister Thekra al-Rasheedi announced that about 100,000 expatriates would be winnowed each year for the next 10 years. Among the new measures would be a freeze on issuing work permits, she stated, in order to prevent companies from hiring non-nationals.

In June, Kuwait instituted a new policy meant to ease concerns of Kuwaiti patients who complain of long wait times for medical treatment due to the large number of expatriates. Health Minister Mohammad al-Haifi established separate times for nationals and expats to attend public health facilities, Arabian Business reported, with foreigners barred from attending public hospitals in the mornings. The new system was applied on a trial basis before wider use commences, presumably beginning in 2014.

Shortly after the new system for medical care, the Ministry of Health announced in August that it would deport expatriates who contract infectious diseases. Those with leprosy and HIV would be automatically deported, while others, depending on the seriousness of their condition, would be given up to a year to leave the country. At that time, Arabian Business reported that expatriates who commit repeat traffic offenses had also been targeted for deportation.

Finally, Kuwait Times reported an inspection campaign announced by the Kuwait Municipality this past August to search houses that were originally owned by Kuwaitis but now offered to expatriates. The campaign would include entering houses to investigate whether single expatriates are renting rooms in violation of the law.