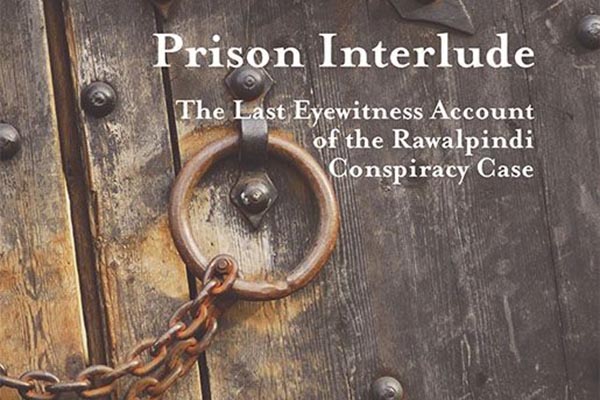 Pakistanis in 2021 vaguely recall The Rawalpindi Conspiracy Case of 1951 that saw a group of military and civilian personalities being imprisoned for trying to overthrow the government before being released in 1956 under a general amnesty. Captain (retd.) Zafarullah Poshni—one of the inmates of the Hyderabad Central Jail—revived the memory of the failed conspiracy in 2019’s Prison Interlude: The Last Eyewitness Account of the Rawalpindi Conspiracy Case.

In 1951, 11 officers of the Armed Forces of Pakistan, along with four eminent civilians, were arrested for planning to stage the country’s first coup d’état. The list of the arrestees appeared as follows:

The central ‘hero’ of the drama, Akbar Khan, was born in 1912 to a reasonably affluent Pashtun family, and received his education at Islamia College, Peshawar, before being selected for a King’s Commission in the British Indian Army. He received his military training at the celebrated Sandhurst Military Academy and began his career in the Frontier Force Rifles, a distinguished regiment of the British Indian Army. During the Second World War he fought on the Burma front and was awarded the DSO (Distinguished Service Order) for conspicuous gallantry and leadership. At the time of Partition (1947), he was a member of the subcommittee formed to divide the armed forces between India and Pakistan.

Poshni tells us about the plot Gen. Akbar Khan had in mind: “On Feb. 23, 1951, a meeting was held at Maj. Gen. Akbar Khan’s house at which, besides a number of military officers, three civilians were also present, namely Faiz Ahmed Faiz, Syed Sajjad Zaheer, and Mohammad Hussain Ata. At this meeting, Lt. Col. Siddique Raja and Major Mohammad Yousuf Sethi, both of whom later obtained state pardon and became approvers in the case against the rest, were also in attendance.”

“Akbar Khan presented his plan at his meeting, which was to arrest Governor General Khwaja Nazimuddin and Prime Minister Liaquat Ali Khan, both of whom were expected to come in from Karachi (at the time the capital of Pakistan) to Rawalpindi a week later. Khwaja Nazimuddin would be compelled to announce the dismissal of the Liaquat government and the formation of an interim government, presumably under the leadership of Akbar Khan. General elections under the Army’s supervision were also promised but I doubt any time limit was provided. Akbar Khan also spoke about Kashmir, land reforms, nepotism, eradicating corruption, and other issues,” Poshni’s narrative continues.

Akbar Khan had promised the Communist Party leadership that if he came to power, he would end the continuing government crackdown on leftists. The Communist Party would be allowed to function as a legitimate political party and to take part in the elections, which he promised to hold a few months after consolidating power. In return, the Communist Party and its affiliated trade unions, kisan (farmer) committees and other groups would welcome the military government. The Pakistan Times, a leading newspaper of the time, edited by distinguished poet Faiz Ahmed Faiz, would lend editorial support to Akbar Khan’s new dispensation.

If Gen. Akbar Khan was the hero of his tale, did he carry any valid appeal? As the book unfolds, the group that was supposed to have succumbed to his charisma continued to manifest minimal intellectual insight, just like their leader who could at best be called eccentric and a “challenger” of the status quo because of some inner short-circuiting that was to be inherited by his offspring. Most of the group—apart from Left-inclined Major Ishaq—succumbed to piety and leaned on namaz while the ideologically convinced Faiz and Sajjad Zaheer remained unshaken in their intellectual conviction. The companionship of the two with the Army officers was completely superficial while Faiz appealed to all because of his great poetry.

The government grew suspicious of Akbar Khan’s actions when he began conspiring with other armed forces officers to form a group to stage a military coup. His wife, Begum Nasim (daughter of well-known Muslim League politician Begum Jahanara Shahnawaz and granddaughter of Mian Mohammad Shafi), was quite indiscreet in her conversations; she criticized the government and its policies openly. Her husband did the same, eventually coming under the surveillance of intelligence agencies.

Akbar Khan was due for a promotion on the basis of his seniority in December 1950, and was elevated to the rank of major general and posted as chief of the general staff in the General Headquarters. In his book Friends not Masters (1967), General Ayub Khan states that he decided to post Akbar to the GHQ for two reasons: firstly, Akbar would not have direct command over troops (as would a division commander), and secondly, he would remain under Ayub Khan’s close watch. Meanwhile, a rash Akbar Khan continued his surreptitious meetings and discussions with a number of Army officers and, subsequently, also with civilians.

One of the very curious aspects of the Rawalpindi Conspiracy Case was the linkage of leftist elements with the Army coup plotters. This happens very rarely in the world of politics. The Left is innately suspicious of the Army, whom it regards as conservative if not a right-wing organization. It is, therefore, a mystery why the Communist Party of Pakistan decided to support Akbar-Khan and his military group in their plan to stage a coup d’état.

One possible explanation could be that, in those days, the Communist Party was under tremendous pressure from Liaquat Ali Khan’s government and was not being permitted to function openly as a political entity. Arrest warrants had been issued against senior leaders of the party; members of the central committee were obliged to go “underground.” Ordinary party workers, and even sympathizers were often arrested, beaten, sent to the much feared Lahore Fort for interrogation, and threatened with dire consequences if they did not break all connections with the party. Begum Nasim Akbar Khan also had wide-ranging connections with political families and political personalities such as Faiz Ahmed Faiz, who was a committed sympathizer of the Communist Party. All these political connections brought Akbar Khan and the Communist Party leadership closer.

Most of the accused were arrested on May 5, 1951. By July 4, they were transferred to Hyderabad Central Jail. Court proceedings began on June 15, 1951, and the prosecution presented a list of 307 witnesses. Finally, over 200 witnesses were produced in court and their evidence recorded. The skill with which leading defense counsel Huseyn Shaheed Suhrawardy cross-examined these witnesses “was a delight to watch.” As one of the accused remarked, “Suhrawardy makes a witness resemble a monkey.”

The judges took two months (November and December) to write their judgment and pronounced their verdict in January 1953. The sentences, which were not to last very long, were as follows:

Maj. Gen. Nazir Ahmed: dismissal from service, and imprisonment till the rising of the court.

The court had allowed the convicts a period of 30 days to read their judgment. It ran into 1,400 pages. Justice Mohammad Sharif had written a separate dissenting judgment but this minority judgment was not shown to the convicts.

In August 2020, Ali Hashmi, a grandson of Faiz Ahmad Faiz, noted on Twitter that on “April 20, 1955, Pakistan’s first military dictatorship finally had to admit defeat. Their Rawalpindi Conspiracy Case collapsed ignominiously and Faiz and all his so-called co-conspirators were honorably exonerated and released from jail after over four years of wrongful imprisonment. Faiz wrote some of his best poetry in prison and came out more popular and admired than before he went in. His ‘crime’ was demanding rights for workers, peasants, students and women in the editorial pages of the newly established daily Pakistan Times.”

Ahsan Yousaf Chaudhary in Why Do Coups Happen in Pakistan: A Rejoinder (Diplomat Aug. 31, 2016) concluded: “Contrary to the popular perception, Pakistan’s first coup did not happen in October 1958 but almost a decade earlier in March 1951, against Prime Minister Liaquat Ali Khan, a popular leader of the Pakistan Movement and the right hand man of Jinnah. Known as the Rawalpindi Conspiracy case, the coup was a failed attempt by a coterie of disgruntled military officers who wanted to wrap up the civilian government in favor of martial law, which in their view could best serve Pakistan’s national interest. A timely tip-off and the preemptive arrest of Major General Akbar Khan and his co-conspirators saved the day for the civilian government—at least for the next seven years.”