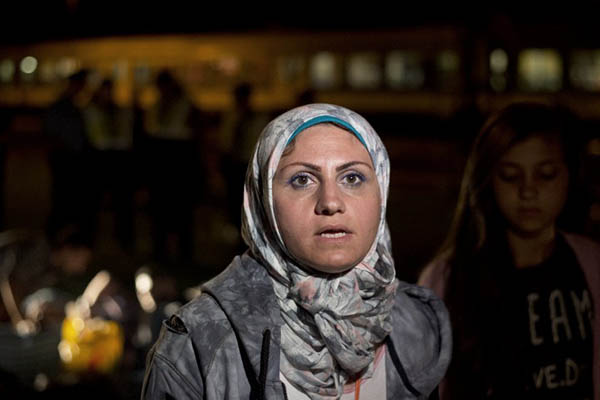 “If you’re being overrun, you can’t accept” migrants, Orban wrote in German daily Frankfurter Allgemeine Zeitung, adding that most were Muslims, not Christians and criticizing the E.U.’s “failed immigration policy.”

“We must not forget that those who are coming in have been brought up under a different religion and represent a profoundly different culture,” wrote the conservative Hungarian leader, who was visiting Brussels Thursday. “The majority are not Christians but Muslims. That is an important question because Europe and European culture have Christian roots. Or is it not already, and in itself, alarming that Europe’s Christian culture is barely able to uphold Europe’s own Christian values?”

Merkel, whose country has taken in the greatest number of migrants, begged to differ, speaking during a visit to Bern, Switzerland. “To the extent that we have in mind Christian values, then I think it is important that the dignity of every human being… be protected everywhere it is in danger,” she said.

On the asylum issue, Merkel said, “Germany is doing what is morally and legally required, nothing more or less,” adding that the international refugee convention “is not only valid in Germany but in each European [Union] member state.”

Orban had in the newspaper article defended his government’s controversial decision to build a fence along its Serbian border in an effort to stop the influx of people fleeing war and misery. “The people want us to control the situation and protect our borders,” he wrote. “Only when we have protected our borders can we ask questions about the numbers of people we can take in, or whether there should be quotas.” He added that it was “pretty depressing that, aside from Hungary—or the Spaniards—no one wants to protect the borders of Europe.”

Orban also charged that it was “irresponsible” of European politicians “to give migrants hope for a better life and to encourage them to leave everything behind to risk their lives by leaving for Europe.”

“The fence which Hungary is building is important,” he added, according to the German language text. “We’re not doing that for fun, but because it is necessary.”

In Brussels, E.U. President Donald Tusk also reacted to the article, saying that “for me Christianity in public and social life means a duty to our brothers in need.”

“Referring to Christianity in a public debate on migration must mean the humanity to our brothers… [and] readiness to show solidarity.”