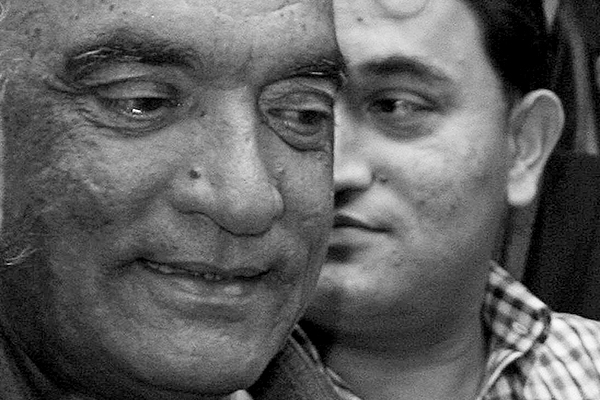 In conversation with Khalil-ur-Rehman Ramday.

Khalil-ur-Rehman Ramday retired from Pakistan’s Supreme Court in 2011. We recently spoke with the former justice about the lawyers’ movement, the current judiciary, Imran Khan, and much more. Excerpts:
You were ousted and jailed during the 2007 emergency and reinstated following the second lawyers’ movement. Did you lose hope during that time or did you always believe the justices would prevail?

Actually, I believed, in the days when we were out of office, that this movement or this reaction of the public should not be viewed as an agitation to get us back in office. This was not a movement or agitation for the reinstatement of laid-off or thrown-out workers. It was essentially a reaction of the people for the rule of law. The first lawyers’ movement, which began in March 2007, and the second one, which began in November that year through March 2009, were both for the restoration of the rule of law and justice. I never lost hope. I thought [the movement] was a step in the right direction and represented an awakening of the people who took to the streets for reason: to right a wrong.

What is the future of the judiciary in Pakistan? Will it consolidate its gains or fall back into its previous history because it now lacks figures that can fire the public imagination?

Figures do matter, yes, but figures only kick-start certain thoughts and movements. Once a movement commences and a consciousness is created, it has its own momentum. Naturally, particular individuals do continue to matter. But they, at times, do not have too much importance and are not indispensable. The awakening that has come about will never die out. The future of the current judiciary is like other things in nature; ups and downs do occur. One should not feel too strongly about things not going in the right direction.

What, in your opinion, have been the lowest and highest points for the judiciary?

The highest point in recent history was the lawyers’ movement, and the lowest is yet to come—and I hope it never comes. For me personally, the highest point was July 20, 2007 [when Iftikhar Chaudhry was first restored as Pakistan’s chief justice]. God was very kind in that He enabled me to deliver and dispense justice despite all odds and forces, and I was happy to put up with the test.

How have you kept busy since retiring from the Supreme Court?

I have been teaching and lecturing, including at the Civil Service Academy and the National Institute for Public Policy. I might start teaching at the Lahore University of Management Sciences from August. I have been able to spend more time with my family and friends.

There’s been a lot of outcry about the use or overuse of suo moto powers, especially where government policy is challenged. Is this criticism valid, and how can the exercise of this power be streamlined?

Clause 3 of Article 184 of the Constitution gives the Supreme Court original jurisdiction to intervene where fundamental rights of the people have been breached. The first landmark case here was Benazir Bhutto v. the Federation of Pakistan in 1987. She questioned the constitutionality of some of the amendments to the Political Parties Act and petitioned the Supreme Court directly. The judgment, in 1988, from a bench led by then-chief justice Muhammad Haleem, said that fundamental rights are so important, crucial and vital for the people that it would not let any technicalities stand in the way. The moment the Supreme Court gets to know about a breach of rights of public importance, action must be taken. So this jurisdiction, which is being exercised even today, is the Supreme Court’s original jurisdiction. In the majority of cases where court action has been dubbed suo moto, even though it was not, this was an attempt to undermine the judiciary as “activist.” When there is looting of public property or money, it is the fundamental right of the people that is being taken away, and I think it is the obligation of the court to make sure this right is preserved.

Pakistan Tehreek-e-Insaf chief Imran Khan has made accusations against the judiciary for its role in the 2013 elections. The Supreme Court had previously summoned him for contempt. How do you view Khan’s allegations?

I think Imran Khan himself should best answer the allegations. I really don’t know what he meant, but I think he was misinformed and his impressions aren’t correct. I will not say anything beyond this. He is an honorable man. I am sure there was no malice involved in what he has been saying. But he was definitely not properly informed.

Lawyers like Aitzaz Ahsan, Asma Jahangir, Ali Ahmad Kurd, who fought for the restoration of the judiciary, became very critical of the Supreme Court post-restoration. What does this say about the lawyers’ movement?

I think it was their personal issues and problems that came in the way. I believe it had nothing to do with the principle [for the rule of law]; they had no reservations on that frontier.

Is freedom of speech under threat in Pakistan, and are the country’s defamation laws adequate?

The laws, the Constitution, the fundamental rights granted in the Constitution are all there. Breaches can take place, but avenues and forums are present to help reverse them. I don’t think anything is irreparable.

What is the single biggest challenge confronting Pakistan and how does it get resolved?

We need to put our sense of right and wrong in place. One biggest challenge today is that we have lost sense of what is right and wrong. We are confused, yes, but I’d go a step further and say that, with some exceptions, it is our misfortune that individuals, groups and institutions have lost direction. We need definite affirmation that wrong must be eliminated and right must prevail.

The Council of Islamic Ideology has made news this year for all the wrong reasons. Is this institution an anachronism? Are Pakistan’s laws in harmony with “Islamic” laws or do they contradict them?

This is a very interesting question. An amendment to the Constitution was made in 1980 to establish the Federal Shariat Court. Its constitutional mandate included examining all laws in Pakistan to identify those that were repugnant to the injunctions of Islam so that these could be struck down. This court was almost always headed by a Supreme Court justice and was manned by eminent judges and jurists. To everyone’s great surprise—including myself, as I was part of this exercise—with a few minor things here and there, all laws were found to be in accordance with Islamic laws. The entire Corpus Juris of our country was found to be in conformity with the injunctions of Islam. The issue was the enforcement of these laws. The role of the Council of Islamic Ideology is an advisory one.

What sort of threats did you face as a judge and have you faced any threats or harassment from any quarter after retirement?

Thankfully, I never faced any threat. I was lucky, to be honest. At times the threats are not real and only meant to bring judges under pressure. But then, a judge is expected to cope with such situations.

Anything you’d like to add as advice for our readers?

I am no saint to be offering advice to people. As an ordinary person and more so as a concerned citizen, I think it’s indispensable for us as individuals and a nation that we distinguish between right and wrong. We must follow what is right and condemn what is wrong. Unless that is done, we cannot make any headway.

He is nothing but a slap on the judicial system. He and the likes of iftikhar have done nothing, contributed nothing substantial to the system. Ask any expert and they’ll tell u. Shame!!

I’m so obliged to see my people forgetting how to behave in a respectful way,sorry to say that. Zardari,if not blessed with a protocol will be called as a slap on the face of government for not providing him the security,if an ex deputy prime minister has to walk to meet a specific person,then our people call it as in adequacy of government.But when government officials or the person of our interest does the same,he is allowed to do it? What kind of change we are asking for? Pakistan with no respect for anyone who is not of our interest?