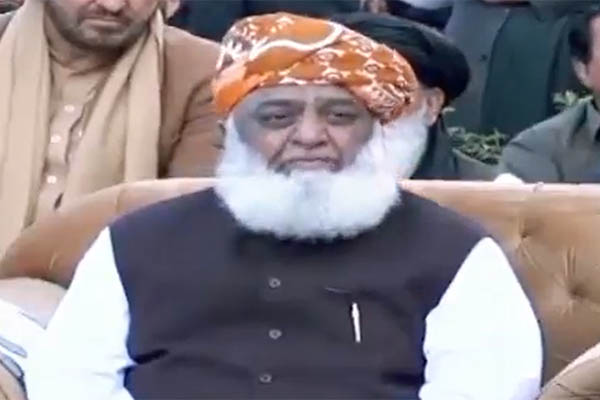 Addressing journalists in Bannu, he said Prime Minister Shehbaz Sharif was being “unnecessarily polite” in the government’s dealings with ousted prime minister Imran Khan. “I have asked the government to put Imran Khan in jail, bring [Interior Minister] Rana Sanaullah into action,” he added. Describing as “crazy and stupid” the people surrounding the PTI chairman, he said the same person [Khan] who a jihad should be launched against was the one calling for jihad.

Warning he would “make the earth too hot” for Khan and his supporters to set foot on, he threatened the PTI chief to “stay within his limits.” Claiming that he knew the forces supporting the former prime minister, he noted that Khan had no issued with the military when it was supporting him. “Now, when the general became neutral, you’re calling him an animal? We know your masters; they have told you to abuse me because this is how politics work in Pakistan,” he added.

He said ousting Khan’s government was important to save the country. “Khan came into power with an agenda to destroy the country,” he alleged. He also acknowledged the pain being experienced by the general public through inflation, adding that he had urged coalition partners against reviving a suspended deal with the International Monetary Fund (IMF). “Everyone [else] opposed. Nawaz Sharif and I were helpless,” he added.

The JUIF chief’s anger was not restricted to the PTI. Taking aim at the judiciary, he said courts have the authority to issue decisions in accordance with law, but legislation is the right of Parliament. “We have to make laws and not the court,” he said, adding Khan was “trying to hide behind courts.” He also accused former National Assembly Speaker Asad Qaiser and President Arif Alvi of violating the Constitution and sought legal action against them.

Fazl lamented the incumbent government was being asked to fix all the issues left behind by the four years of the PTI’s tenure in just four months. “The country is facing difficulties and there is no difference of opinion on this,” he said, adding that the time had come to end discrimination in society.