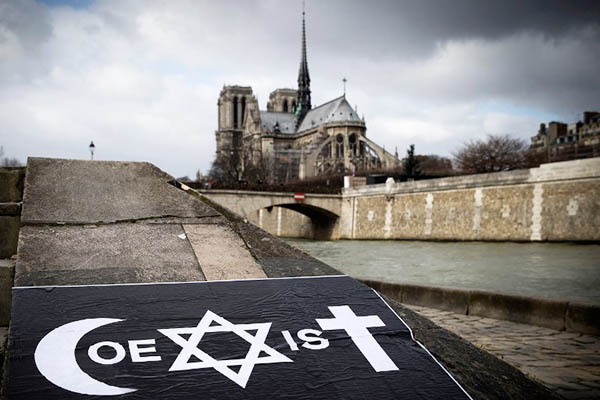 A rising number of Pakistanis say they would not like neighbors who subscribe to a different religion than them, raising concerns about growing religious intolerance in the country.

According to the results of a World Values Survey issued by the Gallup and Gilani Pakistan, between 2010-2014, 24 percent of Pakistanis said they would not like to have neighbors with different religion, compared to 19 percent of respondents globally. It said that the question was asked again between 2017-2019 “during Wave 7 of the World Values Survey,” which saw an 8 percent jump in the number of Pakistanis who said they would not want neighbors of different religion.

“According to the 2019 results, 1 in 3 Pakistanis said they would not like to have a neighbor of different religious faith. The survey therefore shows a rise of around 8 percent in religious intolerance on this indicator,” read a press release issued by Gallup & Gilani Pakistan. In contrast, the global response has remained constant at 19 percent of respondents not wishing to have neighbors of different religion.

Noting that around 3 percent of Pakistan’s population listed their religions as ‘non-Muslim,’ mostly Hinduism and Christianity, the press release said it was a worrying developing in light of a reported surge in incidents of violence targeting minority groups across the country.

Prime Minister Imran Khan has repeatedly stressed that minorities are equal citizens of Pakistan. “I want to warn our people that anyone in Pakistan targeting our non-Muslim citizens or their places of worship will be dealt with strictly. Our minorities are equal citizens of this country,” he posted on Twitter in February. He has also backed efforts to promote religious tourism in the country, which boasts many historical sites of interest to members of the Sikh, Buddhist and Hindu religions.

Pakistan’s Council of Islamic Ideology even rebuffed attempts to block the construction of a Hindu temple in the federal capital last month, noting that Hindus of the country had a constitutional right to perform the last rites of their deceased according to their religious instructions.

Despite this, there has been a marked increase in attacks on minorities in recent years, including accusations of blasphemy, which can carry a death sentence. In August alone, the Human Rights Commission of Pakistan said over 40 cases of blasphemy were registered in the country, a majority against Shia Muslims who reportedly comprise around 20 percent of the country’s population. A report released by the Freedom Network last month, meanwhile, alleged that in 2020 religious minorities, security agencies, human rights, gender, politics and development were the main themes that provoked hostile reactions from detractors online.

The U.S. Commission on International Religious Freedom declared Pakistan a “country of particular concern” in its 2020 report, citing its treatment of minorities for the designation.