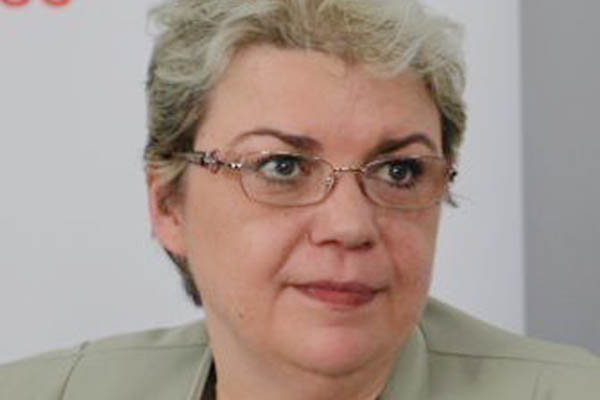 Romania’s president sparked fresh political turmoil on Tuesday after blocking a proposal by the leftist party that won elections this month to appoint the E.U. country’s first female and first Muslim prime minister.

Klaus Iohannis gave no reasons for his rejection of Sevil Shhaideh, put forward by the Social Democrats, but there was speculation that it was due to her Syrian husband’s background.

“I have properly analyzed the arguments for and against and I have decided not to accept this proposal,” the president told reporters, calling on the Democrats to “make another proposal.”

Shhaideh, 52, who has only five months ministerial experience, is from Romania’s small and long-established Turkish minority, but her Muslim faith is not thought to have been the problem. Instead the focus was likely on her husband, 54, who worked in the Syrian agriculture ministry for 20 years before emigrating to Romania in 2011 and marrying Shhaideh the same year, according to the Democrats.

Non-profit investigative journalism group the Rise Project said that he has several times expressed his support for Syrian President Bashar al-Assad and for Lebanese Shia movement Hezbollah. Website HotNews cited unnamed sources as saying that the security services had “strongly cautioned” against Shhaideh’s nomination because of the closeness of her husband and his two brothers to the Assad regime.

This might have made giving Shhaideh the necessary security clearances to be the NATO member’s prime minister problematic.

“I suppose that his rejection is linked to questions of national security and because the United States would not have been very keen,” said political analyst Andrei Taranu.

The Social Democrats had proposed the previously little-known Shhaideh after its thumping poll victory on Dec. 11 when it won 45 percent of the vote, enough to form a majority coalition with its partners ALDE. The leader of the Democrats, Liviu Dragnea, had withdrawn his own bid to become prime minister because of a conviction that bars him from office.

Shhaideh’s personal closeness to Dragnea—he was a witness at her wedding—has led to accusations that he will remain in charge behind the scenes.

On Tuesday after her rejection, Dragnea said the Democrats party was considering its options including moving to suspend Iohannis or going to the constitutional court.

“In our opinion the president is determined to set off a political crisis,” Dragnea said. “If our conclusion is that it is in the country’s interest to suspend Mr. Iohannis, I won’t hesitate.”

However, Taranu said that any attempt by the Social Democrats to remove the head of state was problematic because Iohannis is entitled to request a second proposal for premier.

The Social Democrats’ election triumph came barely a year since anger over a deadly nightclub fire that killed 64 people forced it from office. The inferno was blamed on corruption—something Brussels has long complained about since Romania joined the E.U. in 2007.

But during the campaign Dragnea focused instead on the economy, vowing to boost salaries and pensions in the E.U.’s second-poorest country.