Russian Strikes in Syria Have Killed Over 1,300 People 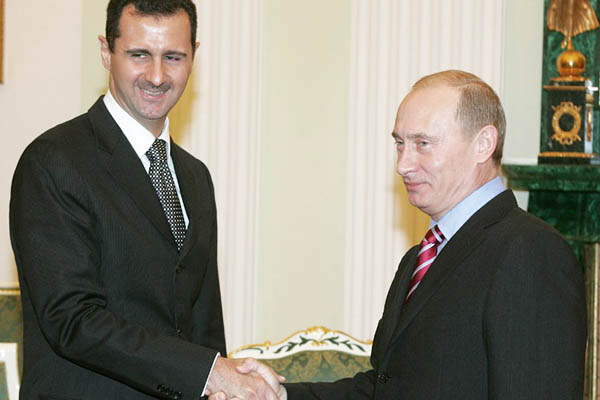 Monitoring group says over two-thirds of casualties are combatants.

More than 1,300 people, around two-thirds of them combatants, have been killed in Russian airstrikes in Syria since Moscow’s aerial campaign began on Sept. 30, a monitor said Friday.

The figure supplied by the Syrian Observatory for Human Rights is more that double the overall toll it gave in its last report on the Russian campaign three weeks ago. The Britain-based Observatory said it had documented 1,331 deaths in Russian airstrikes, most of them of Islamic State group jihadists or other fighters.

It said 381 I.S. fighters had been killed, along with 547 militants from Al Qaeda affiliate Al-Nusra Front and other rebel forces. The strikes also killed 403 civilians, including 97 children, according to the monitor.

The Observatory’s last toll for the campaign, on Oct. 29, put the number of killed at nearly 600.

Russia says its aerial campaign targets I.S. and other “terrorists” but rebel forces and their backers accuse Moscow of focusing on moderate and Islamist fighters over jihadists. Several medical groups have also accused Russia of strikes that have hit field clinics and hospitals in Syria.

According to the Observatory, the U.S.-led strikes have killed at least 3,649 people since they began, around six percent of them civilians. The monitor said in late October that U.S.-led raids had killed 3,276 I.S. fighters, 147 members of Al Nusra or Islamist groups and 226 civilians.