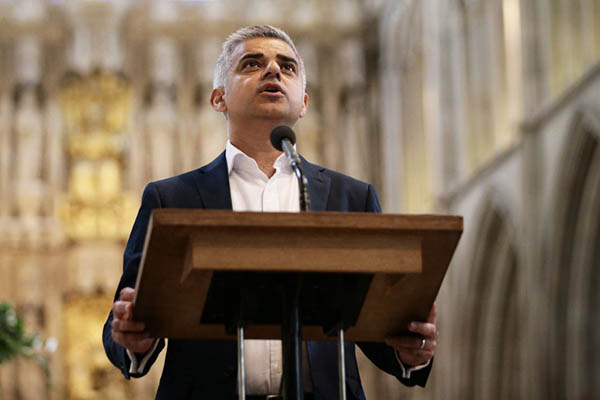 Opposition Labour lawmaker Sadiq Khan was elected mayor of London with 57 percent of the vote, final results showed Saturday, making him the first Muslim mayor of a major Western capital.

After a negative campaign in which Khan was accused by his rival of sympathizing with Islamic extremists, the 45-year-old former human rights lawyer promised in his acceptance speech to be a “mayor for all Londoners.”

“This election was not without controversy and I am so proud that London has today chosen hope over fear and unity over division,” he said after the result was declared at City Hall, to applause and cheers from supporters. “I hope that we will never be offered such a stark choice again. Fear doesn’t make us safer, it only makes us weaker, and the politics of fear is simply not welcome in our city.”

As he was speaking the candidate for the far-right Britain First party, Paul Golding, who was lined up with the other loosing candidates behind Khan, turned his back. There were 12 candidates standing in Thursday’s election but 10 were eliminated in the first round. The final results also included second preference votes for the top two candidates.