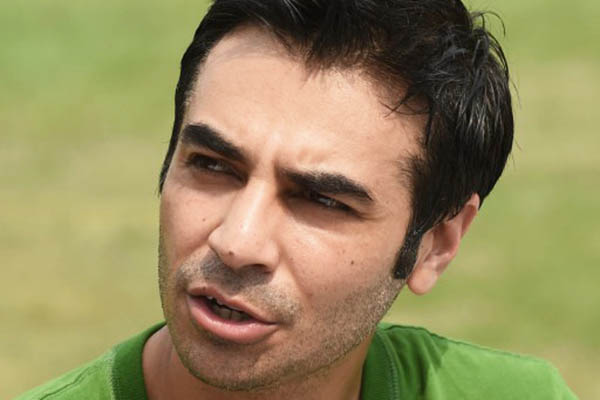 Disgraced cricketer points to performance in domestic tournament as proof he is ready to return to national team.

Spot-fixing convict and former Pakistan captain Salman Butt pressed his case for a return to international cricket by scoring a century in each innings to help power his team to victory on Thursday.

The 32-year-old was playing in his first major first-class tournament after serving a five-year ban for spot-fixing, which ended in September last year.

Butt scored 125 and 105 not out in the match for Water and Development Authority (WAPDA) against Habib Bank in the final of Quaid-e-Azam trophy. His second century helped his team draw the match with 198-3, after a target of 444 to win on the fifth day.

WAPDA won the final on the basis of a first innings lead of 42, their maiden title in the 62-year history of the tournament.

“I have knocked the door [of international cricket] very hard and hope this will pave my way for return to [the] Pakistan team,” Butt told reporters. “I want to keep myself fit and keep my form alive. I am trying my best with the best of my intention. I have a wish and always want to be in every squad. I have the capacity but that is something the selectors have to tell and decide.”

Butt accumulated 741 runs with four hundreds in the 10 matches of the tournament. This followed his 536 runs at an average of 107 in the National One-Day Cup earlier this year.

Butt, along with teammates Mohammad Amir and Mohammad Asif, were handed the bans after they were caught in a spot-fixing case on Pakistan’s tour of England in 2010. The trio was accused of arranging deliberate no-balls during the match, for which they were also jailed by a U.K. court.

Pakistan fast-tracked Amir’s return to international cricket after the International Cricket Council amended its code last year, allowing banned players to return to domestic cricket six months before their ban ends. Amir was selected for Pakistan in January this year.

Pakistan’s chief selector Inzamam-ul-Haq last month said Butt and Asif would only be considered after they feature in first-class matches. “I hope the bad days are over,” said Butt. “I have gone through difficult times but my wife, my family and friends supported me.”

Pakistan is currently touring Australia for a three-Test and five one-day matches.

After his performance Butt is likely to get selected for Pakistan’s tour of the West Indies in March-April next year where they will play four Tests, three one-day and two Twenty20 internationals.