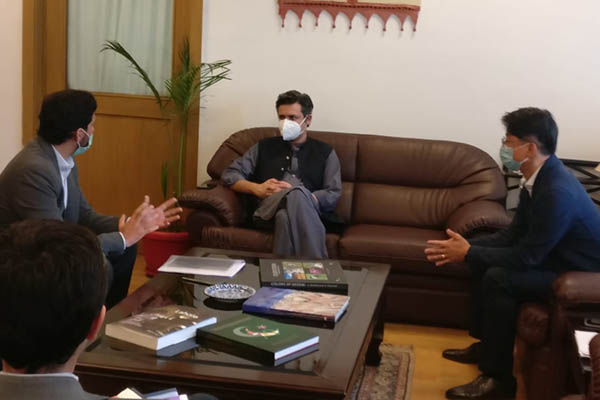 “Smartphone production in Pakistan is multiplying following DIRBS [Device Identification, Registration and Blocking System] implementation and Mobile Policy launched recently,” he posted on Twitter. “Met with the Samsung Pakistan managing director and chief executive officer,” he said, adding they had both appreciated the government’s policies. “They … are now actively considering setting up a smartphone assembly plan in Pakistan,” he added.

According to daily Dawn, around 14 smartphone companies are producing handsets in Pakistan right now, but most are still developing 2G devices. The manufacturing policy is aimed at directly incentivizing the production of smartphones with 3G, 4G and eventual 5G technologies.

The DIRBS policy, meanwhile, seeks to discourage the smuggling of smartphones by requiring all smartphone users to register their devices with the government or risk their phones being blocked.