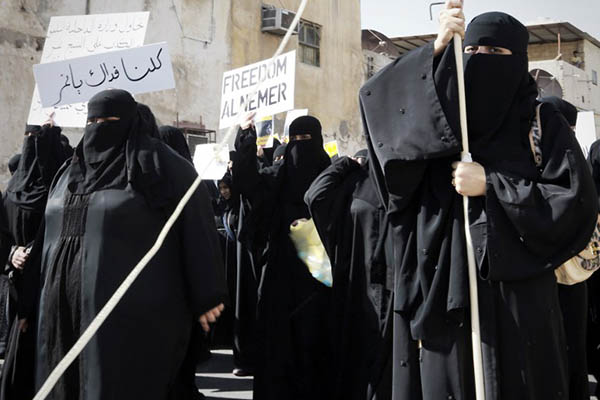 In statement, rights experts claim they have received reports of two other minors also facing death in Gulf kingdom.

Saudi Arabia must not execute a man who was convicted of joining a criminal group after participating in Arab Spring protests when he was 17, U.N. rights experts said Tuesday.

Ali Mohammed al-Nimr was in high school in 2012 when he joined reform protests in Qatif in the eastern part of the kingdom. In a statement, the U.N. experts said he was reportedly tortured, coerced into a confession and denied adequate access to a lawyer before and during a trial that did not meet international standards. His appeal was also handled “with a complete disregard for international standards,” according to the statement.

“Any judgment imposing the death penalty upon persons who were children at the time of the offence, and their execution, are incompatible with Saudi Arabia’s international obligations,” the experts said. Al-Nimr “may be executed at any time,” the statement added. Aside from joining a criminal group, the teenager was also convicted of attacking the police.

The panel said it had received reports that two other people, both minors during the time of their alleged offences, are facing imminent execution after joining the protests in Qatif.

Amnesty international said in August that at least 2,208 people were executed between January 1985 and June 2015 in Saudi Arabia, nearly half of them foreigners, adding that juvenile offenders and people with mental disabilities were among them. The U.N. panel said 134 people have been executed in the kingdom this year, 44 more than last year’s total.

“We urge the Saudi authorities to establish a moratorium on the use of the death penalty, halt executions of persons convicted who were children at the time of the offence, and ensure a prompt and impartial investigation into all alleged acts of torture,” the U.N. experts said.