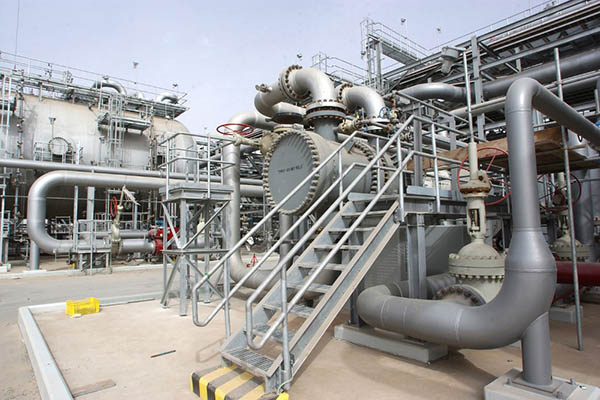 Saudi Arabia, the world’s top crude exporter, said on Wednesday that attacks on two of its tankers and a major pipeline targeted the security of global oil supplies.

Drone attacks claimed by Iran-aligned Yemeni rebels shut down one of the kingdom’s main oil pipelines on Tuesday, further ratcheting up Gulf tensions after the mysterious sabotage of four ships, two of them Saudi tankers, on Sunday. “The cabinet affirms that these acts of terrorism and sabotage … do not only target the kingdom but also the security of world oil supplies and the global economy,” it said after a meeting chaired by King Salman in the Red Sea city of Jeddah on Tuesday evening.

Tuesday’s drone strikes hit two pumping stations on the kingdom’s east-west pipeline, which can carry five million barrels of crude per day and provides a strategic alternative route for Saudi exports if the shipping lane from the Gulf through the Strait of Hormuz is closed.

Yemen’s Houthi rebels claimed responsibility for the strikes and said they were a response to “crimes” committed by Saudi Arabia and its allies during more than four years of war in support of the government.

The Saudi tankers Al-Marzoqah and Amjad suffered “significant damage” in as yet unexplained sabotage attacks in the Sea of Oman off the United Arab Emirates on Sunday, Energy Minister Khalid al-Falih said, but there were no casualties or any oil spill. An Emirati official said three Western countries—the U.S., France and Norway—would be part of an investigation into the ship attacks along with the U.A.E. and Saudi Arabia.

The ships—which also included the Norwegian tanker Andrea Victory and an Emirati vessel—were docked in the sea off the coast of the emirate of Fujairah, the official added. Neither Saudi Arabia nor the U.A.E., both close allies of the United States, have yet given details on the exact nature of those attacks, which come amid heightened tensions between Washington and Riyadh’s arch-rival Tehran.

OPEC giant Saudi Arabia currently pumps around 10 million barrels per day (bpd) of which around seven million bpd are exported. At present, most Saudi exports are loaded onto tankers at terminals on the kingdom’s Gulf coast and must pass through the Strait of Hormuz.

The Saudi cabinet called for “confronting terrorist entities which carry out such sabotage acts, including the Iran-backed Houthi militias in Yemen.”

Iran has repeatedly threatened to close the Strait of Hormuz in case of a military confrontation with the United States. The U.S. has already strengthened its military presence in the region, including deploying a number of strategic B-52 bombers in response to alleged Iranian threats.

Iran and the U.S. have engaged in a war of words in recent weeks since Tehran began to roll back commitments set out in a landmark 2015 nuclear deal with world powers. U.S. President Donald Trump withdrew the United States from the deal last year and has unilaterally re-imposed tough sanctions on Iran.

The International Energy Agency said Wednesday that Iranian crude oil output fell in April to 2.6 million barrels per day, the lowest level in over five years, and could tumble in May to levels not seen since the 1980s war with Iraq.

Shia-majority Iran rivals Sunni-ruled Saudi Arabia for influence in the Middle East, with the two taking opposing sides in multiple regional conflicts including in Yemen. A military coalition, led by Saudi Arabia and the U.A.E., intervened in the Yemen war in March 2015 to bolster the efforts of the internationally recognized government against the Houthi rebels.

The conflict has killed tens of thousands and left up to 14 million Yemenis at risk of starvation according to U.N. agencies.

The head of the rebels’ Supreme Revolutionary Committee, Mohammed al-Huthi, said on Twitter Wednesday the “Yemeni people want the aggression to stop… and the embargo to be lifted.” The Yemeni government condemned the Houthi-claimed attacks, saying the insurgents were tools of the Iranian regime.

“The Houthis work for the interest of the Iranian camp,” the government said in a statement carried by the state news agency Saba. “The targeting of the oil [pumping stations] in Saudi Arabia… is further proof that the Houthi militia does not believe in peace.”