Home Last Word Save the Children 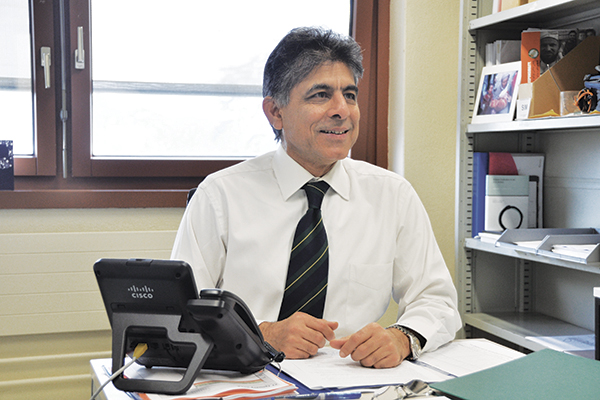 It has been three years since a polio case was reported in India. We recently spoke with Dr. Hamid Jafari, director of the World Health Organization’s Global Polio Eradication Initiative, who led that campaign. Excerpts:

What lessons can Pakistan draw from India’s experience in eradicating polio?

The strength of India’s political leadership and a spirit of partnership helped raise population immunity and stop transmission of the virus. This required the highest standards of data gathering and analysis that underpinned performance accountability, operational strategies to reach underserved populations, technical innovation to introduce new vaccines, strong political commitment and ownership that cut across sectors and cut through all layers of government. Indian experts have already advised their counterparts in Pakistan and Nigeria, and this sort of cooperation will continue. Of course, each country and each area of each country has its specific challenges, which only local solutions can meet. But parents everywhere want their children to be safe from polio. For Pakistan, lessons in operational improvements in accessible areas and stronger government commitment at all levels are particularly applicable. But it has its own political and security challenges which require local solutions. Pakistan is also facing a challenge that no other country has faced before—unrelenting attacks on frontline health workers; these workers have made tremendous and tragic sacrifices. It is admirable that despite attacks and intimidation, so many of these courageous workers go back to vaccinating in their communities. All efforts must be made to ensure they can work under safe and secure conditions.

What do you expect your biggest challenge to be now that you plan on returning to Pakistan?

I am not planning to return to Pakistan to live there, but I remain deeply involved in the polio eradication efforts in the country. The single largest challenge is the inability to reach children, whether in accessible or inaccessible areas, with the vaccine. While political solutions are necessary for the latter, for the former we have the right tools and strategies. They need to be applied more consistently throughout the country.

Muslims in India were suspicious of the polio vaccination campaign. How did you address that problem, and can you apply the same solutions to Pakistan?

Skepticism about the vaccine is not the issue in Pakistan. The national rate of refusal is less than 0.5 percent, so let us be clear about that. To imply that Muslims are suspicious of vaccines discounts all the Muslim countries and communities in the world which are well-immunized and places a minority as representative of the majority. In all communities, those who are the most marginalized—regardless of religion, caste or color—are also the most underserved and often the most suspicious of the government. For some communities in India, suspicion of authorities came from long years of being underserved. It is no different for those in the tribal areas of Pakistan or in those communities living in Karachi and other big cities. So the issue to address is that of serving these communities and of building trust. This comes with better services, including routine immunization. Reaching every child, particularly in the most marginalized communities, is the imperative of the eradication effort.

What should Pakistan focus on more at this point, security for health workers or changing the mindset?

One cannot be done without the other. We welcome every step the government takes to protect health workers and bring those responsible for the murders to justice. We welcome even more every step to improve vaccination campaigns, to hold every district official accountable for protecting children, and to strengthen routine immunization and other health services.

If adequate measures aren’t taken right now, do you anticipate a serious outbreak of the disease?

There is already a serious outbreak of the disease in the tribal areas—and this will only get worse if children are not vaccinated. Poliovirus paralyzes one person for every 200 people infected. So even one child paralyzed represents a virus that is circulating. It is unconscionable that children are being denied vaccine, whether because poor vaccination campaigns mean they don’t get the opportunity or because banning vaccination earns some political power. Children in areas where immunizations could not be conducted for the past year and a half are the most vulnerable and at risk.

Why is the polio vaccine controversial at all?

The polio vaccine is not controversial. Vaccination refusal rates in Pakistan are incredibly low; I can’t think of a more vaccine-accepting country. The challenges to vaccinating all children are primarily related to access, particularly in parts of Khyber-Pakhtunkhwa and the tribal areas. The sheer scale of the logistical challenge is significant: more than 34 million children under the age of 5 have to be vaccinated.

Could Pakistanis face a travel ban in the event that polio cannot be eradicated?

Not a travel ban, but what is now under very serious consideration is vaccination of travelers from areas with active transmission of poliovirus. In fact, just recently, the health ministers of more than 35 countries convened in Geneva at the WHO Executive Board meeting, and virtually all of them underscored the potential need of vaccination requirements. There is a lot of support from the international community for Pakistan’s eradication efforts. But there is a clear recognition, internationally, that areas with uncontrolled polio transmission pose a serious risk to children elsewhere in the world. Pakistan is right now the only country with areas of uncontrolled transmission. In 2011, poliovirus spread from Pakistan to China. The current outbreak in Syria originated in Pakistan. Polio regularly spreads from Pakistan to Afghanistan. And polio-free areas of Pakistan are also re-infected regularly from those areas of the country with uncontrolled transmission. So there is a real sense that what is happening in Pakistan has global public-health implications, and countries want to be able to protect themselves. Unilaterally, some countries are already now imposing vaccination requirements for travelers from Pakistan, including Saudi Arabia and India. A global vaccination requirement would obviously have huge implications for Pakistan.

I think Dr Jafari is underestimating the perception problem that the polio vaccine has.

Dear LL, I think you are overestimating the perception problem. Please explain what you mean.
Dr Jafari is quite experienced to say the least. Pakistan should give the vaccination program an honest chance. It’s in the countries benefit.

The reservoir is still out there in FATA uninterrupted for 1.5 year as said by Dr Jafari. And also rightly said that, strong political commitment is critical for that area to resume vaccination in Waziristan.

In Malaysian for the all childrens Polio vaccine theirs had already..about in long time ago…

Very good to know this.

Imran Khan’s suggestion to make the polio eradicating program, part of dialogue with Taliban (TTP) must be taken seriously.

Yes indeed good news, Mr. Bill. and I’m glad this effort well-worth it. on human health, especially children, even in hard to reach places , Lord to come in help , for understand every man , this necesity

Dr, firstly you should kepp it in mind that polio worker pay is 200 to 600 rupees per day which is 1.9 $ to 5 $. Second thing is trained workers according to respondent mindset which is essential in current scenario of Pakistan. Suggestions…..

Mashallah Dr Hamid I proud of you.

Dr Hamid Jafari, really led the Polio campaign from the front, his visionary approach dealt a final blow to the Polio virus leading to an end of the crippling disease which had affected millions before. His new assignment, I wish him luck so that he can help in removing the virus from the face of earth and that could again save the millions of children from being crippled. I worked under him and it was wonderful experience to learn from this great man. Once again best of luck.

Dr.Hamid has done a commendable job for leading India to eradicate Polio.Its definitely has not been an easy job, but his vision, perseverance and dedication has made this success story come True ! Kudos to this great man and may he touch new heights in his future commitments!

Dr. shb… Congratulation on Polio Free India….I also visit India for 20 days from 17th Feb 2014, and watch the work of Polio and found very very honestly work done by the authority and workers deputed for the pupose…In Pakistan Polio position is very poor and Hope you & your team will take measures in the light of your good experience… I offer my services for this as I m working as Member National Polio Plus Committe of Rotary International Sindh. Pray for achieve target …. Polio Free Pakistan…