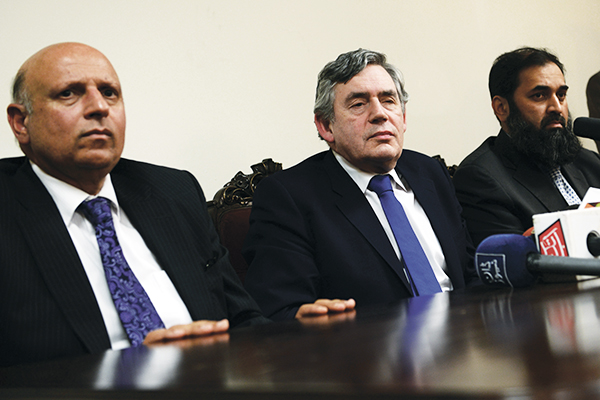 During his March 29 visit to Islamabad, Gordon Brown, U.N. special envoy on education and former U.K. prime minister, lent his voice to the developing local consensus against Pakistan’s Council of Islamic Ideology. He announced a pilot project for a “child marriage-free zone.” In a controversial recent move, the Council had declared child marriage kosher. Some groups in Pakistan, said Gordon, “want to make it easier for people to sell off their children in marriage at an early age, and that is not acceptable.” He added: “It deprives a girl of her education and her childhood.” Brown also announced that the international community would provide $1 billion for education in Pakistan over the next three to four years. He specifically pledged £6 million from the U.N. and £83 million from the EU. Brown, who has been working with Pakistani education icon Malala Yousafzai, said this money would help Pakistan toward its goal of 100-percent school enrolment over the next two years.