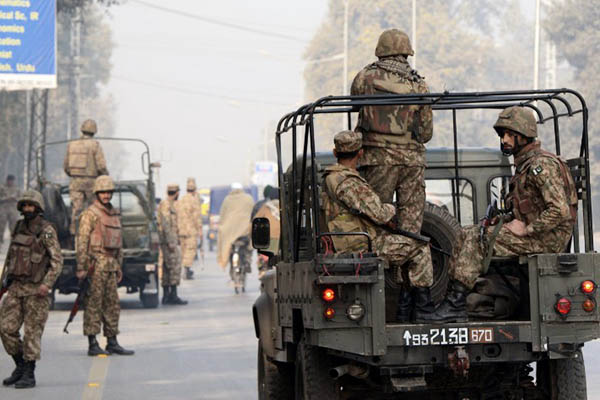 In statement, military’s media wing says recovery operation was preceded by exchange of fire between security personnel and militants

Security forces on Thursday rescued five laborers who had been abducted by terrorists in Kurram district last month, according to a statement issued by the Inter-Services Public Relations (ISPR), the military’s media wing.

The rescued laborers were part of a group of 16 that had been abducted on June 26 by unidentified militants while working on a cell-phone tower in the erstwhile tribal district. The ISPR said that 10 of them had been released a day later, while the body of one was found earlier this month.

“With determination, security forces continued the pursuit of terrorists and on July 15, during another exchange of fire, successfully rescued five abducted laborers,” the statement said, adding a clearance operation was still ongoing to apprehend or eliminate the remaining terrorists in the area.

“Security forces are consistently endeavoring to ensure the security and well-being of our innocent civilians who have been wholeheartedly supporting the security forces in fighting the menace of terrorism,” read the ISPR statement.