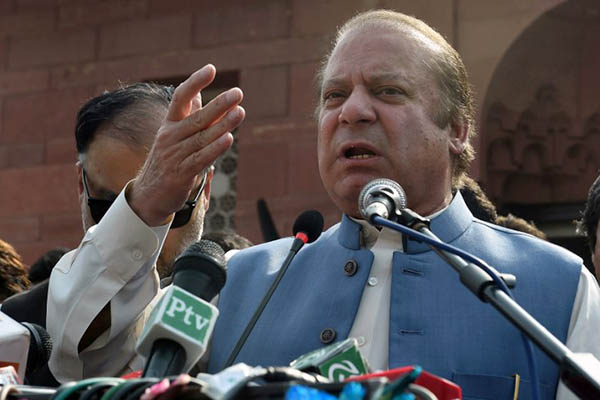 It doesn’t matter how many times we do collective navel-gazing we can’t ignore that we habitually fire our elected leaders and then get into trouble. Some post-sack signals are steady but fail to teach the lessons we should learn the next time we think of emptying the state’s bowels. This time too the air is stinking of righteousness, editorials concluding that the purge is good for the digestive system of governance. The victim complains of injustice; the executor prognosticates that the medicine administered today will be prophylactic tomorrow. What do you say about a collective mind that thrives on cretinous repetition?

After the 2013 general elections, Pakistan sank into familiar instability. The polls were contested and a year was lost before the court held that they were fair enough by normal standards. But the damage that was done to the economy was forgotten in the joy of not falling. The truth is that when the incumbent is in danger of losing popular support he allows more spending and neglects the receivables, thus postponing removal of wasteful subsidies. The cost of street power politics is invisible because the troubled party in power doesn’t want to reveal the true index of economic damage.

Pakistan had to tackle its “circular debt”—nonpayment of energy bills—to the private producers. It had to dish out so many wasteful rupees to keep the populace loyal instead of tightening the belt and retiring the debts under foreign guarantees. Normal low-interest money for the balance of payments is no longer on offer from the IMF. Borrowing in the open market to keep the rupee from diving causes inflation. But this kind of borrowing becomes addictive. Keeping the rupee artificially propped up affects trade. Exports decline while people, falsely valued money in hand, gobble up more imports. The pledge to end power shortage with low-cost power is not realized because of the “moral” obligation of getting rid of the “wrong man in the driving seat.” The collective pathology to follow will be familiar. The economy will get stuck in a low-growth rut and the new incumbent will start the process of digging his own grave.