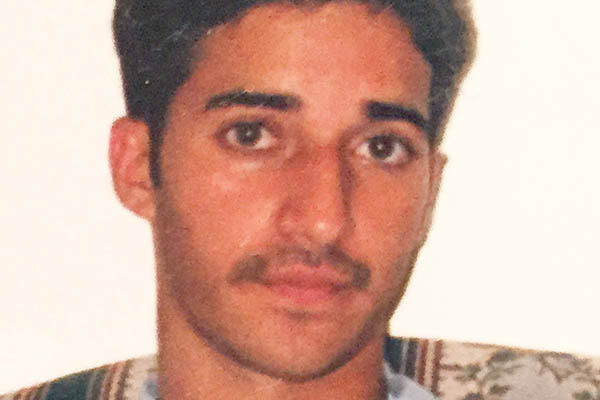 Following global sensation podcast, court to determine whether Adnan Syed can be retried for allegedly murdering his ex-girlfriend

For the past 18 years he has spent behind bars, Adnan Syed has claimed he is innocent of murdering his ex-girlfriend in a case turned into a global sensation by a hit podcast. Now a U.S. court is weighing whether the 37-year-old son of Pakistani immigrants can be retried, the outcome of a stunning reversal after the Serial series poked major holes in the prosecution’s case.

The case was largely ignored in the media until it was taken up by the weekly podcast and turned into a blockbuster when an American journalist revisited the story and cast doubt on Syed’s guilt.

The podcast—a mix of investigative journalism, first-person narrative and dramatic storytelling—focused its first season entirely on Syed’s story in 12 nail-biting episodes. They were downloaded more than 175 million times, a world record. The show cast doubt on whether Syed received proper representation at trial and whether he had in fact murdered Hae Min Lee.

In Annapolis on Thursday, prosecutors and Syed’s lawyers appeared at the Maryland Court of Appeals after the state opposed the judge’s order to get a new trial. “We’ve got someone who was unconstitutionally convicted, who I personally believe is innocent, who is sitting in jail right now,” Syed’s lawyer Justin Brown said outside the court.

In early 1999, the strangled body of an 18-year-old South Korean native high school student was found buried in a shallow grave in the woods of Baltimore, Maryland. Both Hae Min Lee and Syed were honor students and children from immigrant families who had concealed their relationship from their conservative parents.

Spurred on by an anonymous tip, investigators focused on Syed, then 17. A small-scale cannabis dealer who knew Syed, Jay Wilds, told police the high schooler had confided in him that he had killed the young woman, and said he helped Syed bury the body.

At trial, prosecutors argued that Syed strangled Lee after school in the parking lot of a Best Buy electronics store, jealous that she was seeing another, older man after they broke up. Prosecutors laid out a clear case, saying Syed’s conservative Muslim upbringing made him feel especially humiliated, and that he chose to react in the most violent way possible by killing Lee.

He was sentenced to life in prison in 2000. The hearing received little notice beyond Maryland at the time.

But 13 years later, journalist Sarah Koenig reviewed the police documents and other materials at the urging of Syed’s family, seeing the case with fresh eyes. Her podcast focuses on several worrisome inconsistencies in the prosecutors’ case.

Cristina Gutierrez, Syed’s now-deceased lawyer, is namely shown to have neglected a technical analysis about how cell-phone towers relay information. The report cast doubt on whether Syed was located near the site of Lee’s body. Gutierrez also failed to contact a young girl who claimed to have seen Syed in a public library at the apparent time of the murder.

Syed supporters are demanding a new trial on the basis of those two elements. Prosecutors on Thursday assured the hearing that Gutierrez probably had good reasons not to seek out more information concerning Syed’s possible presence at the library. “How can you evaluate an alibi witness if you don’t even talk to them?” chief judge Patrick Woodward asked during the state’s presentation.

Syed, who was absent from the proceedings, is said to be optimistic, and is currently fasting in observance of the Muslim holy month of Ramzan. “He is good, he is in good spirits,” said Rabia Chaudry, the author of Adnan’s Story: The Search for Justice for Adnan Syed.

Without the mouthpiece of Serial, all hope would have been lost, she told AFP. “We got fundraising done, we got new investigators, we found new evidence, it couldn’t have happened without Serial,” she said. “Now we just want him to get a new trial.”

Many of Syed’s supporters, who have been leading a #FreeAdnan campaign on social media, plan to meet in front of the appellate court. It is unclear when the court will rule on the case.