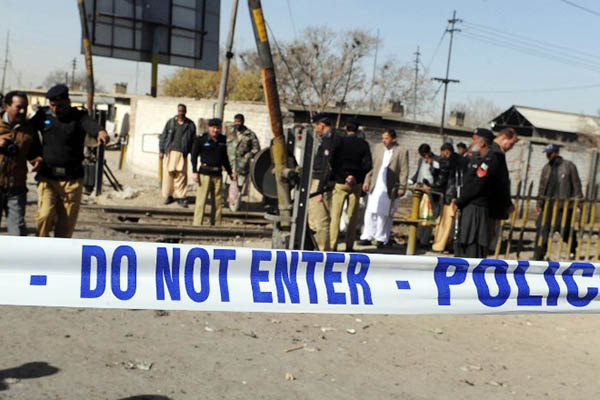 No group has claimed responsibility for the attack.

A bomb blast in Peshawar on Saturday injured at least seven people, including a child, officials said.

The explosion took place in the densely populated Kohati Gate neighborhood in downtown Peshawar. “A remote-controlled bomb, which was planted near house of a local trader, went off wounding seven people, including a woman and a child,” said senior police official Faisal Mukhtar.

A senior doctor at the Lady Reading Hospital confirmed that seven people, including a seven-year-old boy, were brought to hospital for treatment.

Peshawar, which is the gateway to Pakistan’s tribal regions, has been the site of a series of bomb blasts and suicide attacks since 2007. More than 6,800 people have been killed in bomb and gun attacks around Pakistan since July 2007, according to an AFP tally.

In a separate incident, gunmen on Saturday intercepted three container trucks carrying NATO supplies en route to Afghanistan and torched one of them, officials said. The incident happened near the Jamrud area of Khyber Agency.

“At least five gunmen intercepted the trucks and later torched one of them after asking their drivers and helpers to get down,” said senior local administration official Ali Sher. A local intelligence official also confirmed the incident.

Pakistan is a major transit supply route for the NATO mission in landlocked Afghanistan. No group has admitted responsibility but the Taliban have in the past claimed such attacks.