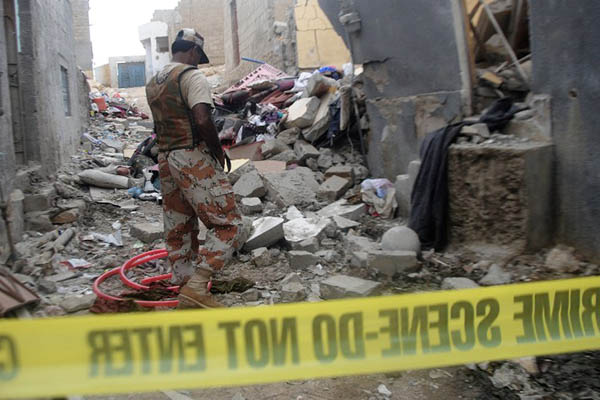 Rangers spokesman claims the seven men were plotting rocket, grenade and suicide attacks in the city.

Seven militants who were plotting rocket, grenade and suicide attacks in Karachi have been killed in two raids by paramilitary Rangers, a spokesman for the force said Tuesday.

The raids, which began Monday night and continued Tuesday morning, also saw the recovery of a major cache of weapons and explosives.

Police and Rangers since 2013 have been carrying out a major cleanup operation in the city, which has reduced the level of violent crime. But critics accuse them of staging firefights to carry out hundreds of extra-judicial killings, and neither the death toll nor the identity of those killed in the latest raids could be immediately verified.

The first took place in the Mominabad shantytown and was met by fierce resistance, according to a statement by the Rangers. It said four militants were killed, including one who blew himself up, while another was arrested.

Three more militants including another suicide bomber who blew himself up were killed in a second raid Tuesday morning, the statement said. One Ranger was injured. The Rangers recovered rockets, six suicide vests, rifles, automatic weapons, 60 kilograms of explosives and three improvised explosive devices.