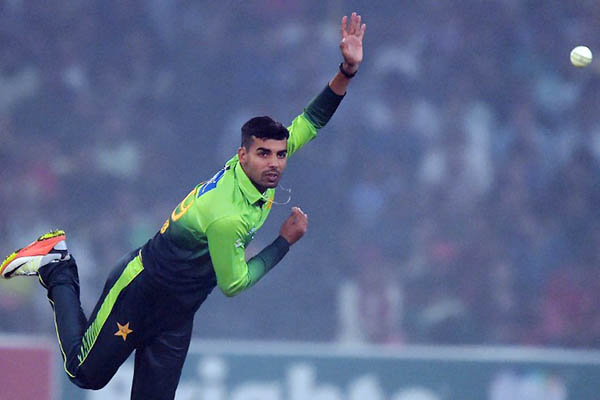 Pakistan’s fast-rising leg-spinner Shadab Khan has been ruled out of next month’s series against England with a virus, leaving him in doubt for the World Cup.

The 20-year-old is a key wicket-taking option for Pakistan in the 10-team World Cup in England and Wales that starts May 30.

Pakistan Cricket Board (PCB) said the spinner would receive treatment in the U.K.

“Shadab’s blood tests have revealed [a] virus and doctors have advised him a four week rest,” it said in a statement. “Shadab is out of the five-match one-day series against England and a Twenty20 match [also against England],” it added.

The Pakistan team will fly to England on Tuesday and play a five match one-day series against the number one ranked home team, starting May 5.

The PCB said Shadab would meet with specialists in England to help him fully recover for the World Cup opener against the West Indies on May 31 at Trent Bridge.

Shadab has played 34 one-day internationals, 32 Twenty20 matches and five Test matches in a promising career that started in 2017. “The selectors have already included Asif Ali and Mohammad Amir as additional players to the 15-player World Cup squad,” the PCB said.

Chief selector Inzamam-ul-Haq described Shadab’s loss as “bad news,” adding he hopes the spinner will be ready for the tournament.