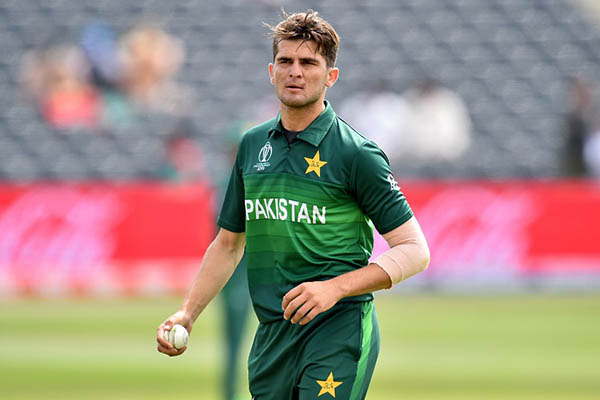 Mohammad Amir bowled Martin Guptill with the score on five before Shaheen had opener Colin Munro caught by Haris Sohail in the slips for 12. Ross Taylor then edged a Shaheen delivery to wicketkeeper Sarfaraz Ahmed to depart for three and Tom Latham departed in similar fashion.

New Zealand, who won the toss and chose to bat, struggled passed fifty in the 16th over, with captain Kane Williamson and Jimmy Neesham unbeaten.

Shaheen’s figures were an eye-catching 3-9 off his first six overs.

Overnight rain delayed the start by an hour but the umpires decided the match would remain at 50 overs per side. New Zealand, who are second on the 10-team table with 11 points, kept the same team for the fifth match in a row.

Pakistan, who are seventh in the table with five points, also kept faith with the team that beat South Africa at Lord’s on Sunday. If New Zealand win they will join title holders Australia in the semi-finals.