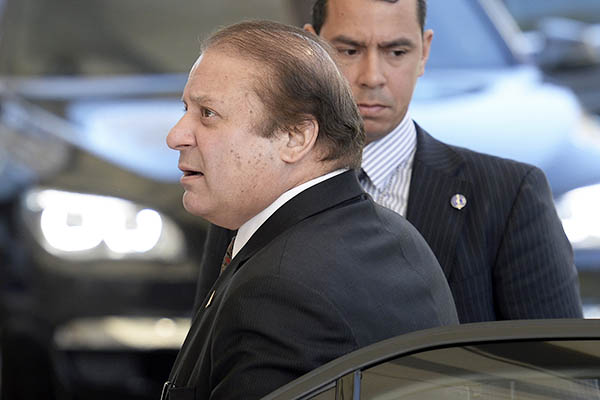 British lawmakers demand funds be stopped without proof that they help stop extremism in Pakistan.

British aid to Pakistan should be cut unless there is proof the funds help stop Islamic extremism, a report by lawmakers said Wednesday as Prime Minister Nawaz Sharif visited London.

Published just hours before Sharif was to meet British counterpart David Cameron, the international development committee report singled out Pakistan for criticism. Pakistan is the largest recipient of bilateral British aid, with Islamabad set to receive £446 million of assistance this year.

“It is unlikely that expenditure would be so high if the country were not having to confront Islamic extremism,” the report said. “If this is the case, the budget can only be justified if there is clear evidence that DFID [Department for International Development] support is effective in reducing the extremist threat.

“If not, we recommend that DFID consider reducing spending in Pakistan and increasing it in low-income countries.”

The British lawmakers also said that aid should not be increased until Pakistani political leaders pay their fair share of tax, and increase tax collection generally.

Islamabad said Sharif would discuss “matters of mutual interest” with Cameron and other ministers during his three-day visit, as well as addressing an investment conference. But Sharif’s talks with Cameron are set to focus on the threat of extremism in Pakistan, where authorities are in talks with the Taliban to try to end a seven-year insurgency.

Since the Taliban began their campaign of violence in 2007, more than 6,800 people have been killed in bomb and gun attacks around Pakistan, according to an AFP tally. NATO countries including Britain also want Pakistan to help tackle the Taliban in neighboring Afghanistan as foreign troops prepare to leave by the end of this year.

I think it would be a good ploy to escalate the efforts of the government to seriously take action against the extremists. British law makers are correct, the funds must be curtailed as they are being misused and misappropriated by the government functionaries.

We can not continue the dialogue with the insurgents at the cost of the citizens , and favoring militants to destroy the country. This incompetent government can not eliminate extremism.