Home Lightbox Sickness of the State

Sickness of the State 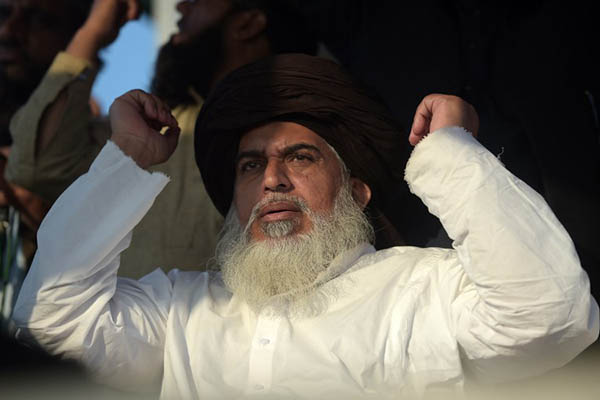 Arrest warrants have been issued for Tehreek-e-Labbaik leader Khadim Hussain Rizvi, and other absconding suspects in the Faizabad sit-in case, by an Islamabad Anti-Terrorism Court. The Supreme Court is also hearing a case against him relating to the November 2017 violent “dharna” that disrupted life in Islamabad and Rawalpindi for 20 days. The top court, especially, has expressed great interest in learning how Rizvi managed to cause so much suffering to the general public while also establishing a nascent political party that is already winning more votes in by-elections than the established Pakistan Peoples Party.

Shockingly, no one appears to know much about Rizvi, least of all the intelligence agencies that should have started keeping tabs on him after his Labbaik brought Lahore to a standstill in 2016 after the hanging of Salmaan Taseer’s murderer, Mumtaz Qadri. Despite being an absconder, he continues to stage rallies, even threatening to bring the government to a standstill once more if it does not fully implement the Faizabad agreement by April 1. Even the Inter-Services Intelligence Directorate claims ignorance, perhaps finding it routine that absconders in Pakistan rarely bother to appear in court. After all, Pakistan Tehreek-e-Insaf leader Imran Khan, as well as most of the leaders of the Muttahida Qaumi Movement, have pending cases that they refuse to face, continuously rebuffing court summons and defying arrest-warrants.

All this is perhaps “normal” because it relates to the nature of a sick state whose writ is thin in most of its territory. Former president Pervez Musharraf managed to duck out of treason case and was able to leave the county while having his name on the Exit Control List. Somebody just let him go. When he had to return to renew his expired passport, someone at the Pakistani embassy in Dubai renewed it. Former ambassador to the United States Hussain Haqqani, also facing a treason case, was also able to leave Pakistan despite having his name on the same ECL.

Rather than facing the ongoing collapse of its writ, the state seems far more convulsed about the alleged blasphemy committed by the changing of a single word in the text of the oath administered to all members of parliament. It should, perhaps, focus more on how its governance—or lack thereof—increasingly resembles that of “failed states” Somalia and Afghanistan.