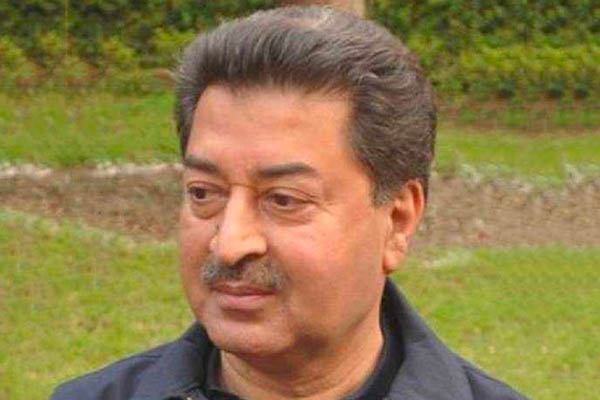 Nisar Durrani tapped as ECP member from Sindh, while Shah Mehmood Jatoi slated to fill slot for member from Balochistan

Following a months-long, drawn out process to finalize the leaderships posts of the Election Commission of Pakistan, the government and opposition on Tuesday announced that former bureaucrat Sikander Sultan Raja would serve as the new Chief Election Commissioner, pending confirmation from Prime Minister Imran Khan.

Human Rights Minister Shireen Mazari hailed the decision after a meeting of the Parliamentary Committee on Appointment of the CEC and members of the ECP. “It is good that Parliament decided the matter and no other institution was involved,” she told journalists at a press conference. “The names will be sent to the prime minister today for finalization,” she added.

From the Opposition, Rana Sanaullah of the Pakistan Muslim League (Nawaz) said both sides had shown flexibility, terming it a “good omen.”

On Monday, Leader of Opposition in the National Assembly Shahbaz Sharif had sent an amended list of the opposition’s nominees to the government. The opposition’s list comprised of three men—former attorney general Irfan Qadir and former federal secretaries Nasir Mehmood Khosa and Akhlaq Ahmed Tarar. In response, the government had forwarded its own list of retired bureaucrats Jamil Ahmad, Fazal Abbas Maken and Sikandar Sultan Raja.

In addition to Raja’s appointment to the post of CEC, Nisar Durrani has been named the ECP member from Sindh, while Shah Mehmood Jatoi is slated to fill the slot for the member from Balochistan.

Former Justices Altaf Ibrahim Qureshi and Irshad Qaiser would continue to serve as the members from Punjab and Khyber-Pakhtunkhwa, respectively.

The post of the CEC had been lying vacant since the retirement of former Justice Sardar Raza on Dec. 6. The posts of the ECP members from Balochistan and Sindh, meanwhile, had been vacant for nearly a year.