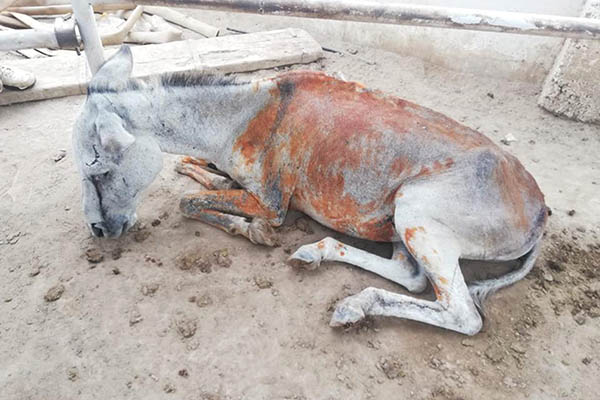 In Pakistan’s rhetoric-laden election campaigns, animals have been abused to send political messages

In February, Pakistan’s Senate passed a bill—the first since 1890—to increase punishments for animal abusers. The 1890 rule, a relic of our colonial past, was inherited at Partition and incorporated into our Penal Code. Under the new legislation, the minimum fine for abuse of animals has been raised to Rs. 10,000, with a maximum of Rs. 500,000. Earlier, the minimum was a paltry Rs. 50. The maximum sentence for animal cruelty remains at six months imprisonment.

The past few weeks have exposed just how desperately Pakistani needs better implementation of this law. First, there was the case of Hero, a donkey found beaten nearly to death in Karachi after someone—suspected to be a supporter of the PTI—stenciled the name ‘Nawaz’ on him. This incident occurred shortly after P.M.-elect Imran Khan slammed PMLN supporters as ‘donkeys.’ Unfortunately, despite being taken in by a non-governmental organization, Hero did not survive.

A few days later, a dog plastered with photos of the PTI was found—also in Sindh. This followed Tehreek-e-Labaik Pakistan chief Khadim Hussain Rizvi declaring Imran Khan a ‘dog.’ But while this poor stray was merely abused, he survived. Another dog in Khyber-Pakhtunkhwa was wrapped up in a PTI flag and shot dead by Qaumi Watan Party supporters. A video circulated on social media prompted action by police, who took both abusers into custody.

Pakistan claims to be an Islamic state. But its citizens seem to readily ignore Quranic injunctions declaring mistreatment of animals a sin. From annual dog cullings to rampant abuse of ‘beasts of burden,’ our cities and towns are rife with people who treat living, breathing animals as mere objects. There is no greater human than one who fights for those who can’t fight for themselves. We, as a nation, cannot progress until we accord basic rights of safety to all residents of our country—whether they have two legs or four.