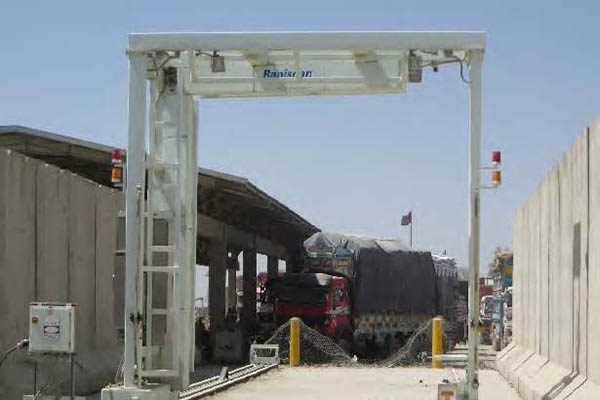 Expensive inspection scanners that the Pentagon bought for Afghanistan to improve border security quickly fell into disrepair and are not being used, a U.S. government watchdog said on Friday.

In 2006, the U.S. military’s Central Command purchased eight “non-intrusive inspection” scanners, designed to detect narcotics, chemicals and other illicit goods, for use at border locations across Afghanistan and at the Kabul airport.

According to a report by the office of the Special Inspector General for Afghanistan Reconstruction (SIGAR), the U.S. government spent as much as $62.6 million on the scanners, including the initial purchase price and costs to maintain the gear and train Afghan government officials to use it. But in an inspection this year, “SIGAR found that only one location, the Kabul airport, had any functional CENTCOM-purchased (non-intrusive inspection) equipment that was being used for its intended purpose,” the report stated.

None of the equipment at any of the other four locations was operational.

SIGAR released photos of the large scanners that are designed to inspect vehicles. One appeared to be still in its original wrapping, while another was pocked with bullet holes.

“Our inspections showed that, outside of Kabul, the equipment became inoperable nearly as soon as… mentors left the border locations and the equipment was turned over to the Afghan government,” the report states.

Without the equipment, there is little to prevent the commercial smuggling and cross-border narcotics trade that has continually plagued Afghan borders, SIGAR said.

The special inspector, John Sopko, routinely publishes reports highlighting wasted U.S. taxpayer dollars in war-torn Afghanistan. In June, his agency said the Pentagon had squandered millions buying the Afghan army a woodland camouflage uniform that was apparently chosen on a whim and may have made soldiers easier to spot.

Other projects Sopko has derided include a failed attempt to mate rare blond Italian cashmere goats in Afghanistan and an expensive natural gas filling station even though very few people drive cars that use natural gas. Pictures of the unused scanners can be viewed at: http://u.afp.com/4CAW