Six Troops Martyred While on Patrol in Balochistan 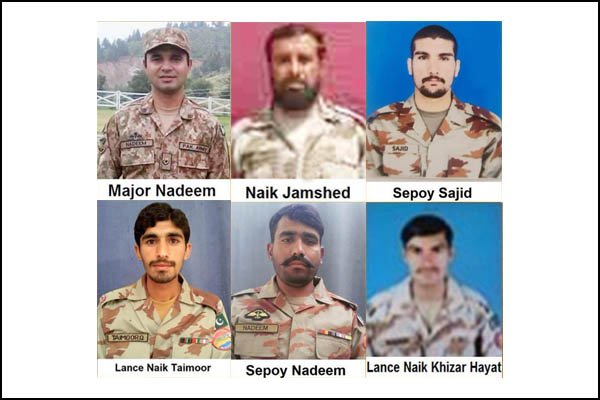 Six security forces personnel, including one officer, were martyred while another was injured after an improvised explosive device (IED) detonated under their vehicle near the Pakistan-Iran border, according to a statement issued by Inter-Services Public Relations (ISPR) on Friday.

According to ISPR, the personnel were returning to their base after conducting a routine patrol in Buleda of Kech district—14 kilometers from the border—“to check possible routes used by terrorists in mountainous and extremely treacherous terrain of Makran.”

It added that that the Frontier Corps troops’ reconnaissance vehicle was targeted with a remote-controlled IED, resulting in one officer and five soldiers embracing martyrdom. Another soldier was injured, it added.

While there has been no official statement on the culprits, a local outlet in Balochistan reported the Baloch Liberation Army had issued a statement claiming responsibility for the attack. Another website, however, claimed the Baloch Raaji Ajoi Sangar coalition of four armed groups had claimed the blast.

The BLA statement accused the Army officer targeted in the attack of being “directly involved in the formation and leading of so-called death squads of criminal gangs operated by the army” in Kech.

President Arif Alvi issued a statement condemning the attack, and offered condolences to the families of the martyred major and soldiers. He also prayed for high eternal place for the martyrs.

“The sacrifices of the martyred for the motherland will never go in vain,” he added.